Donald Trump's Administration is packed with anti-LGBTQ zealots who were just thrown a bone with that military trans ban.

But Anthony Scaramucci, who has expressed support for LGBTQ issues in the past, seems to be going the extra mile — in the opposite direction, following a gay-porn star on Twitter ... 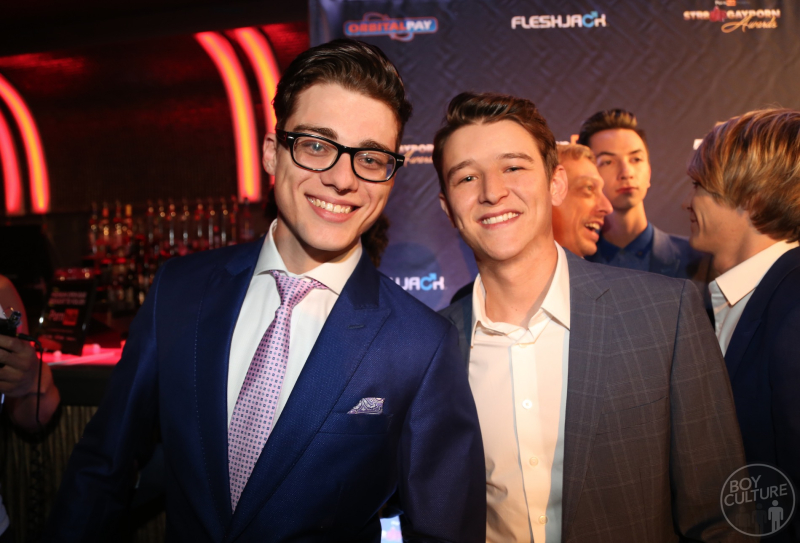 More Pix of Mitchell at the Str8UpGayPorn Awards Here!

World of Wonder broke the story, and confirmed the veracity via DoesFollow. 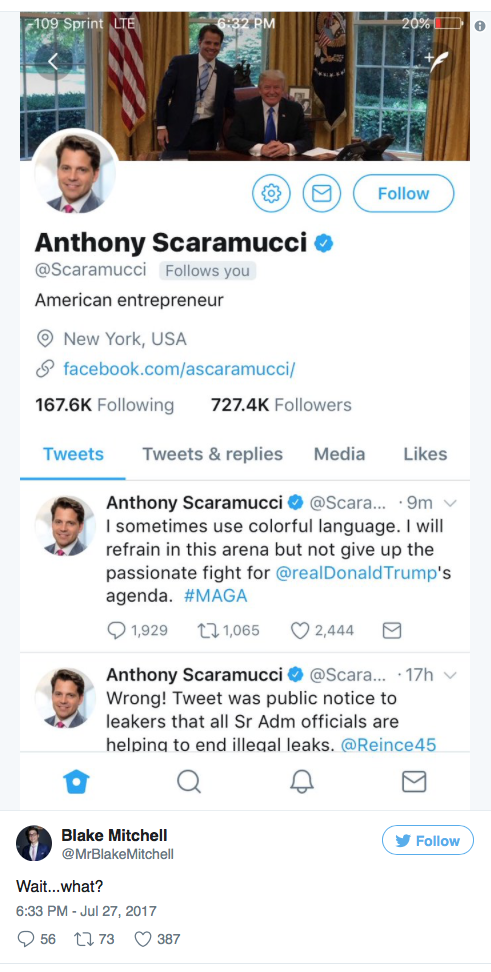 Scaramucci made headlines late yesterday with his colorful interview with The New Yorker, 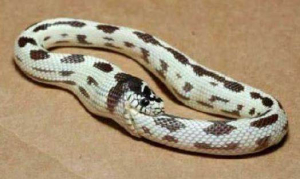 in which he said he, unlike Steve Bannon, is “not trying to suck my own cock.”

Perhaps “my own” was the operative phrase? Or perhaps, as with his bombastic interviews, his interest in gay-porn stars is a side of himself from which he will “refrain” in the future.

I sometimes use colorful language. I will refrain in this arena but not give up the passionate fight for @realDonaldTrump's agenda. #MAGA

And guess what ... Scaramucci is about to be single!