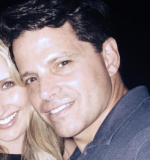 Yes, my header is another Moreau reference, but there will be no Moreau of loud-mouthed pipsqueak Anthony Scaramucci — according to the New York Post, the little guy has been fired.

Anthony Scaramucci, just 10 days after his appointment to his dream job of White House Comms Director — and days after his ugly divorce was announced, he was revealed to be a gay-porn buff and he made a serious of vulgar and Mob-tastic remarks in widely publicized interviews — has been relieved of his duties. Speaking of relieved, yeah, me, too.

Trump reportedly fired Scaramucci at the insistence of his new Chief of Staff, John Kelly, the man who only has his job because Scaramucci attacked Reince Priebus until he left that position.

BTW, this all came a few hours after Trump bragged on Twitter that there was no chaos in his White House.

The so-called Mooch will not even be demoted/shuffled around within the Administration — he is being left on the tarmac with Priebus, with the White House issuing a brusque “we wish him all the best” statement.

Imagine how fun it would be if he turned on Trump?!