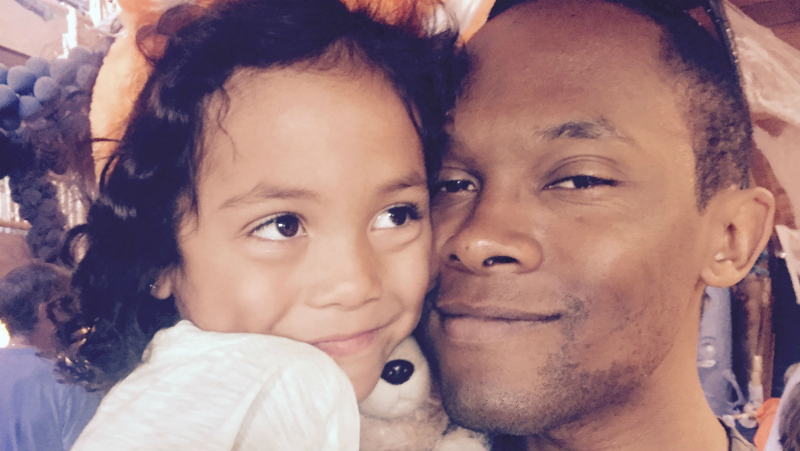 Essayist JR Ford with is daughter (Image via HRC)

HRC: A loving dad writes movingly about his reaction to a viral video attacking black trans women, and of his fears for his young trans daughter.

Huff Post: During debate with Chelsea Handler at Politicon, right-winger Tomi Lahren bashes Obamacare ... but admits she's on it. At 24, still on parents' policies.

Twitter @yashar: The great Kathy Griffin has gone full Sasha Velour in solidarity with her sister, who is undergoing chemo:

In solidarity with her sister, who is going through chemo, @kathygriffin shaved her head. Donate to @AmericanCancer: https://t.co/NazIbJ9FQ2 pic.twitter.com/UXr9YH1LYc