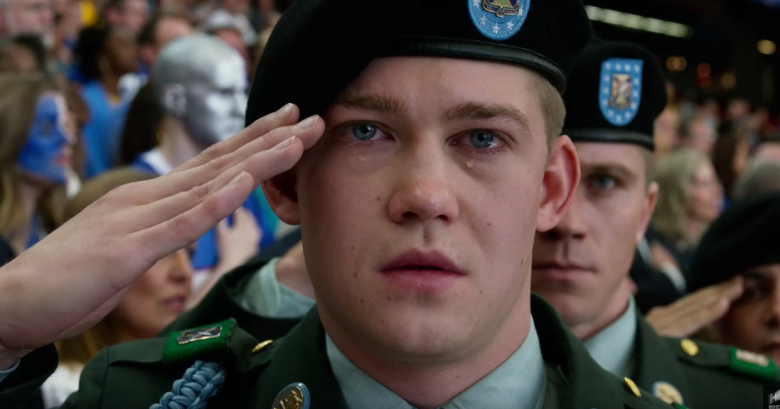 Say it IS so, Joe! (Image via TriStar)

DListed: Taylor Swift's boyfriend, actor Joe Alwyn, might as well have gone pantsless thanks to these anti-imagination gray sweats!

Instinct: If someone is undetectable, their HIV is not transmissible. At all. Yet another study proves this.

Towleroad: How Trump's DOJ (even though he hates Sessions personally) is about to work hard against LGBT protections in the workplace.

Joe.My.God.: Rick Perry gave a 20-minute interview about manure without realizing he was being pranked. By Russians.

Teen Vogue: Smashing-looking same-sex kiss between Thomas Doherty and Dylan Playfair was filmed for Descendants 2 ... not used in film.