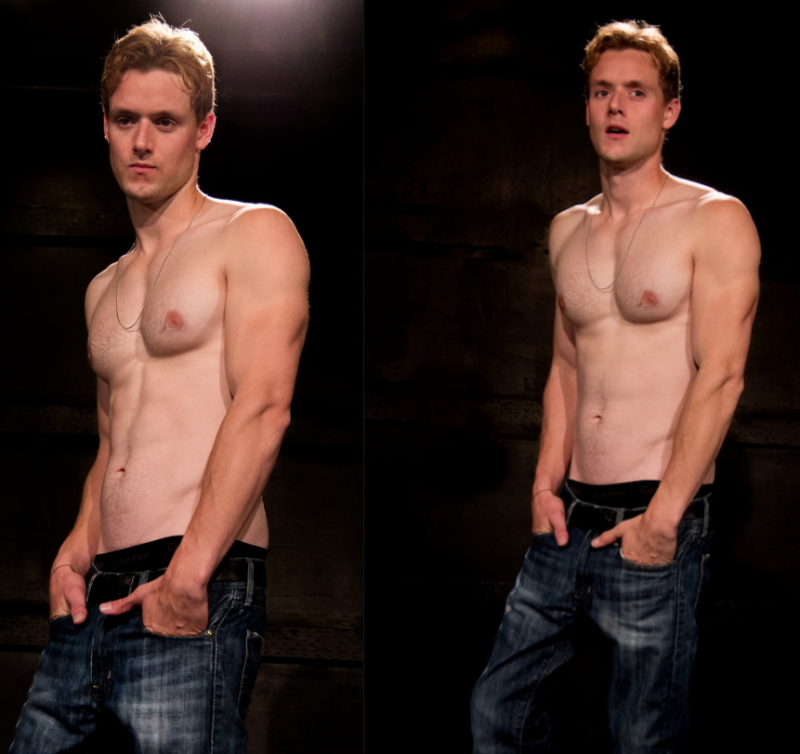 Quinn Coughlin (Images via Theater for the New City)

Theater for the New City presents Up the Rabbit Hole by Andy Halliday in NYC. Previews begin September 21. Keep reading for more ... 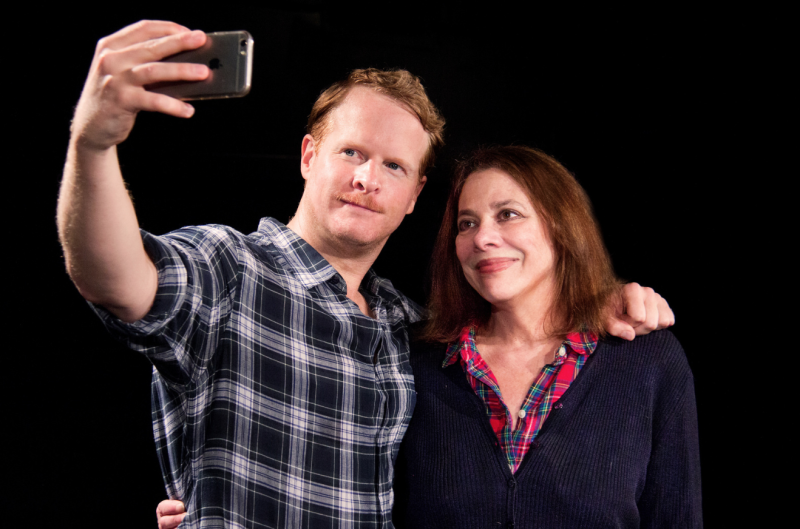 Theater for the New City (Crystal Field, Executive Director) presents UP THE RABBIT HOLE, a new play by Andy Halliday and directed by G.R. Johnson, opening Tuesday, September 26th at Theater for the New City (155 1st Avenue at 10th Street). Previews begin Thursday, September 21st with performances through Sunday, October 15th. Halliday and Johnson return to Theater for the New City following their acclaimed 2014 collaboration Nothing But Trash with this deeply personal story about a young gay man who has fallen into a world of sex and obsession, and must find his way out. Tickets are $25 general admission and can be purchased online at www.smarttix.com or by phone at 212.868.4444.
UP THE RABBIT HOLE is the story of a young gay man who, desperate to find answers to questions that consume his life as an adopted child, becomes obsessed with tracking down and connecting with his birth mother. His lack of identity in these formative years has led to a life of careless sexual exploits and reckless drug use. When he finally finds his mother, the answers he has been searching for his entire life finally give him the courage to combat his drug addiction and climb out of the darkness and UP THE RABBIT HOLE.
Drawing on his own life experiences, playwright Andy Halliday approaches the subject by infusing his work with his signature brand of twisted humor. Tackling the  issues of low self-esteem, loneliness, and addiction he has experienced as a gay man, UP THE RABBIT HOLE is a natural progression in Halliday’s writing and his most personal work to date. “In the queer community, bringing up anything negative about ourselves is a prickly business - which makes sense, since we have fought so long for equality and respect,” says Halliday. “I wrote UP THE RABBIT HOLE, in part, to wake our community up to this epidemic that no one is talking about and to disrupt the idea that we must constantly propagate a positive queer image. We can’t get out of the rabbit hole until there is more open dialogue.” Examining the idea of escape in a more visceral and personal manner, the production strips away most conventional theatrical devices to expose the truth and raw emotions at the crux of this dark and deeply personal story.
UP THE RABBIT HOLE features performances by Quinn Coughlin, Andrew Glaszek, Jeffrey Grover, and Diane Tyler. Scenic design is by Dan Daly, with lighting design by Joseph Thompson and sound design by Jacob Subotnick. UP THE RABBIT HOLE was developed by Windowpane Theatre Company.

Andy Halliday was part of Charles Busch’s and Kenneth Elliott’s Theatre-In-Limbo Company from 1984 to 1991.  He originated roles in the Off-Broadway productions of Vampire Lesbians of Sodom, Psycho Beach Party, Times Square Angel, Red Scare On Sunset and The Lady In Question, for which he won the ‘Scene Stealer of the Month Award’ from Playbill, and Hirschfeld created a caricature of him in the role as ‘Lotte’ for the New York Times.  He wrote and acted in I Can’t Stop Screaming in 1991. In 2004, he formed Pocketwatch Films, Inc. and has written, directed, and produced six films. It is his mission to make films about gay men and women, and explore the realities of what happens beyond “coming out.” Dealing candidly with sex, drug addiction, and aging, he endeavors to make films with heart, humor, and honesty that are also incredibly sexy. In 2011, he was featured in the Off-Broadway comedy Devil Boys From Beyond, directed by Kenneth Elliott. And in 2014,  he wrote and starred in Nothing But Trash, which was produced at Theater For The New City and directed by G.R. Johnson. He hopes to continue to create theatre that explores important issues within the queer community.

Andy's last work, Nothing but Trash, was quite different in tone — review here.