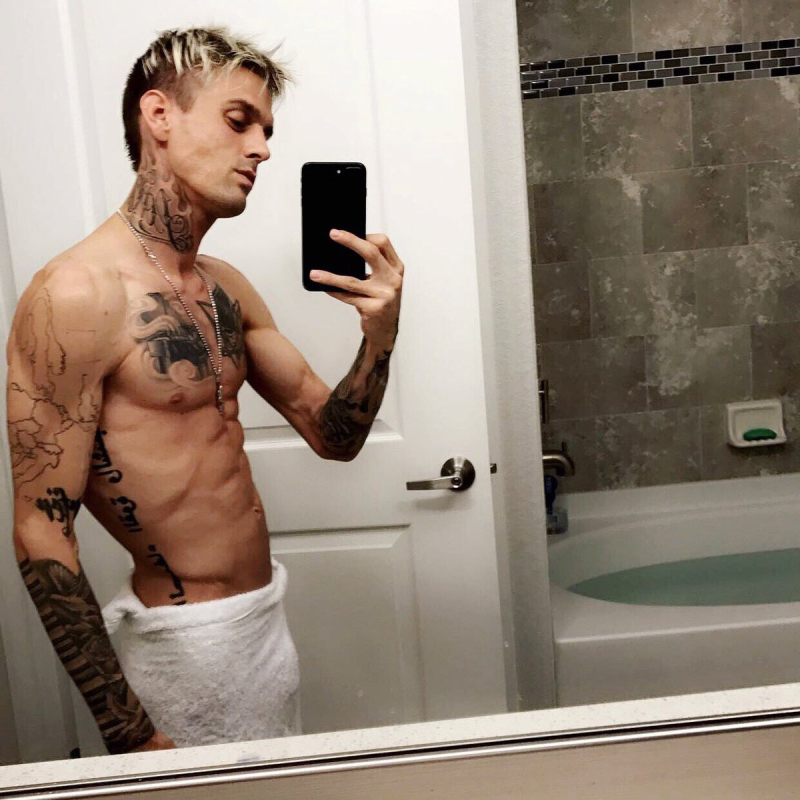 Aaron Carter, who recently came out as bisexual and broke up with his gorgeous girlfriend Madison Parker, seems to be moving on — and he's already asked a famous actress out on a date. Along with moving on romantically, Aaron is continuing to perform, and is not shying away from gay venues. In fact, last night, he broke down in tears at the loving reception he received at one ... 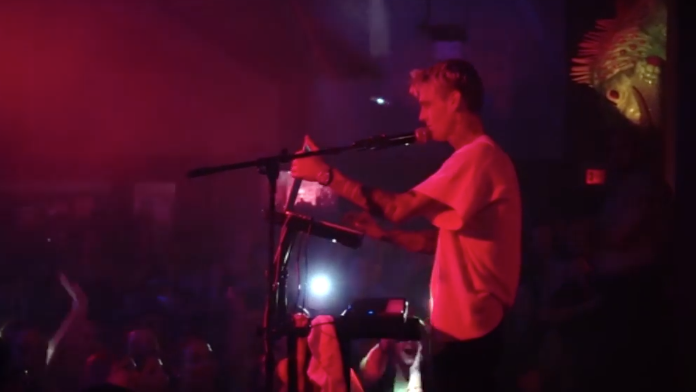 After debuting his song “Hard to Love,” about his ex-GF (of whom he said, “Bye, Felicia!”), he later tearfully thanked the crowd:

I just wanna say thank you for believin' in me again, guys. And even if you don't, I still love you. Okay, that's done.

In the love-life department, per ExtraTV, Aaron heard an interview with actress-of-the-moment Chloë Grace Moretz, who said:

When I was 4 years old, I thought Aaron Carter was so cool. And then my friend, when we were both little babies back in Georgia, she liked Aaron Carter, too. We used to fight about who would get Aaron Carter one day. Who knows? Maybe we’ll meet.

Aaron, not one to let opportunities slide, immediately asked her out:

Hey @ChloeGMoretz - let's set up a date. The crush is mutual. 😍 https://t.co/7iYrXFjAVl

Aaron is a scrapper and has — twice — gone after Instinct for articles he felt are denigrating; the first questioned whether his coming out as bisexual was just to further his career, and the second asked LGBTQ readers if transgender people should really be a part of the gay community. 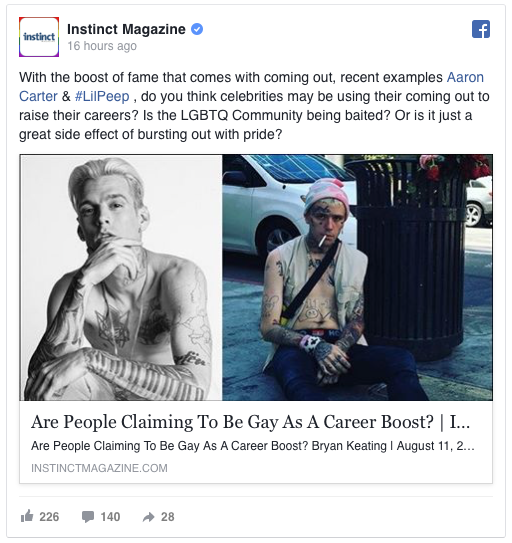 I will never NOT be my true self! Hearing allegations like this truly saddens me, I've tried nothing but to be authentic to myself & my fans https://t.co/EwuECuFUwp

On the other hand, Too Fab asked Adam Lambert and Gigi Gorgeous about Aaron's coming out as bi, and both were supportive. Lambert said:

I think it's exciting that we're living in a time when people are feeling more open and honest about publicly declaring who and what they are. For a long time in the showbiz industry, it was sort of taboo, and I think a lot of people felt for a long time that, “Oh, the minute you say that, then it steers your career in one way or another,” and I think what's so exciting is that there's so many young people right now that are choosing either to declare or not to declare at all. It's an exciting time for freedom.

Aaron, on Twitter, thanked Lambert for being a trailblazer, writing:

I always liked Aaron when I was a teen-mag editor; he was lovably industrious and really wanted to succeed. Once, we went on a trip to my former boss's luxury resort in Turks & Caicos — myself, a shooter, Aaron and his parents (his dad died in May of this year). Aaron would've been about 14. His parents were like, Take him! and we took him out on a boat and around the island for teen-heartthrob pics that became so legendary I had crazies messaging me on Facebook pretending to be Aaron in order to get the slides! 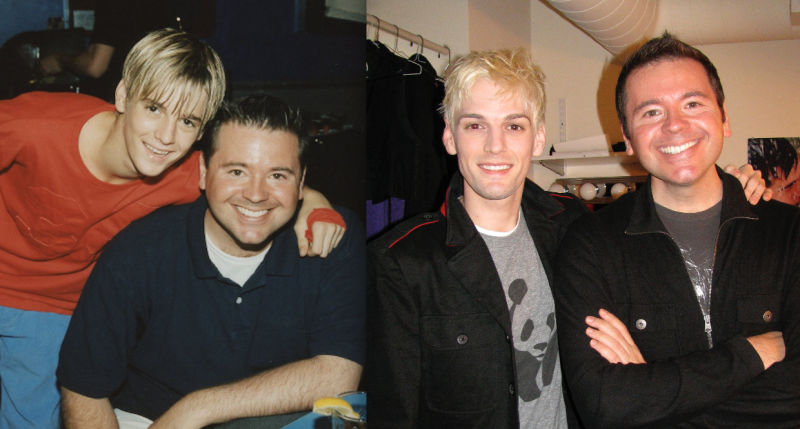 In 2011, I went to see Aaron in The Fantasticks! He was still very sweet and did a great job. I look forward to seeing him again someday in person and congratulating him on being out and proud. Sometimes, having met a public figure can make all the difference in how quick you are to dismiss them; I try to remember this all the time.