In the season of his return to Teen Wolf after departing in Season 2, Colton Haynes's Jackson Whitmore is revealed to be dating Charlie Carver's Ethan Steiner.

A clip from a new episode shows the two sharing a deep, playful, bloody kiss.

“I can't believe you actually thought I forgot our anniversary,” Jackson scolds Ethan before going in for the thrill ... 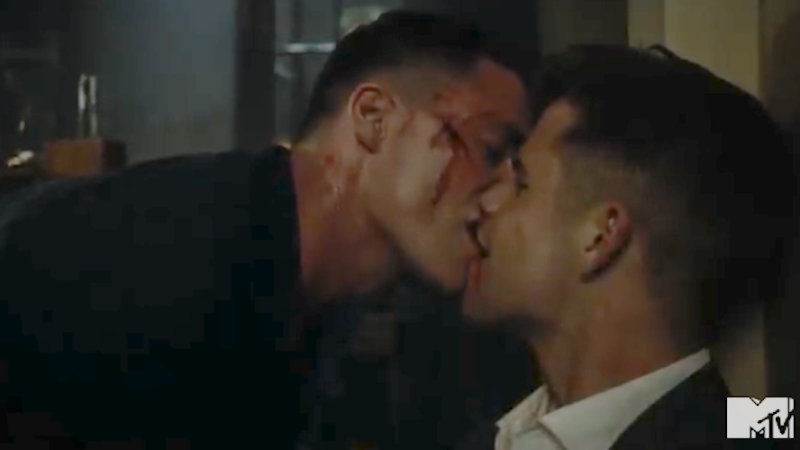 In the clip, it's not Jackson's indifference that has led to him not showing up for his anniversary, it's something altogether more dangerous. Watch:

In 2016, both Carver and Haynes came out as gay. Earlier this year, Carver talked with NewNowNext about his late father being gay.