6-PACK — The Worst Gay Boss Ever + Lord, He Needed To Be Fired + Justin Trudeau As Part Of Her Trousseau + Rainbow Slur + What Did Ed Buck Have To Do With Youth's Meth Death? + Chelsea'll Handle 'Im! Comments (0)

Gay agent Michael Einfeld was not happy when his assistant, Rosette Laursen, asked to have the day of the National Women's March off, so he responded by venting to others — many others, replying all unintentionally — that she should “sew her vagina shut,” and threatening to never hire another “girl.”

Laursen was made aware of his misogynistic comments and threatened to sue, which he ignored. So she went public, and an already ugly situation got uglier. Keep reading for that and more of the day's hot links ... 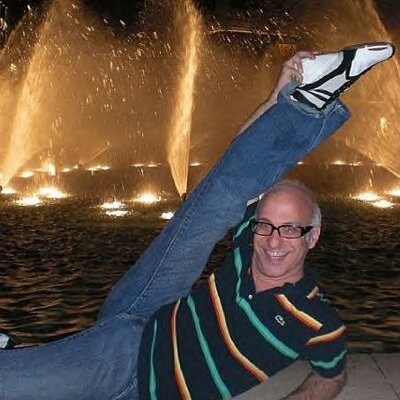 Instinct: When agent Michael Einfeld apologized for his “masagony,” he played the Jewish card, joking about death camps. We can do better! New apology.

Huff Post: Right-wing nutjob Jeffrey Lord, who for some reason was for a long while employed at CNN, was canned. What did it take? A Nazi salute.

Elle: Justin Trudeau crashed a wedding in a kayak, then toppled over. He still managed to look classier than Trump on his best day alive.

Kenneth in the (212): Tucson's rainbow crosswalk defaced immediately prior to dedication. 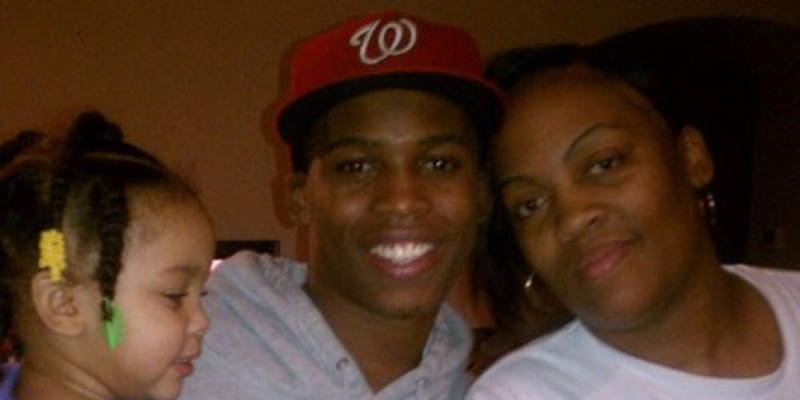 Gemmel Moore (center) in a family photo. For some reason, even gay sites are playing up Ed Buck's Democratic ties. (Image via family photo)

Unicorn Booty: Wealthy politico Ed Buck on the hot seat over meth death of young man in his home. No charges files. Original report written by a former friend. Explosive. 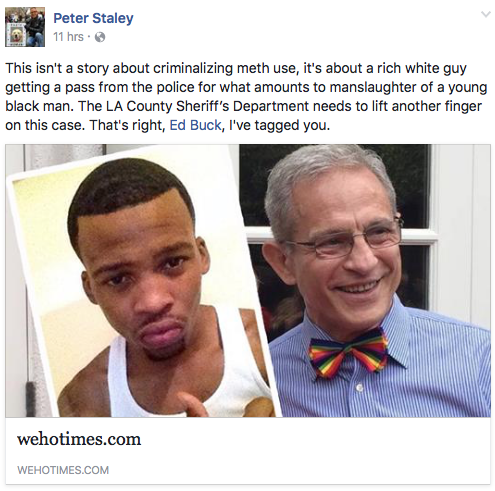 Some are convinced Buck is getting away with manslaughter; others urge against a rush to judgment. (Image via Facebook)

The shirt I wear for travel. pic.twitter.com/1JPvCjFxYw