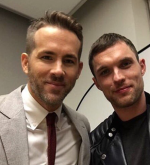 Ed Skrein of Deadpool (pictured with co-star Ryan Reynolds from that flick) was recent cast as Major Ben Daimio in the forthcoming Hellboy reboot, only to discover the original character in the comic book was of mixed Asian heritage.

Facing criticism, he decided doing the right thing trumped doing what might be better for his career ... 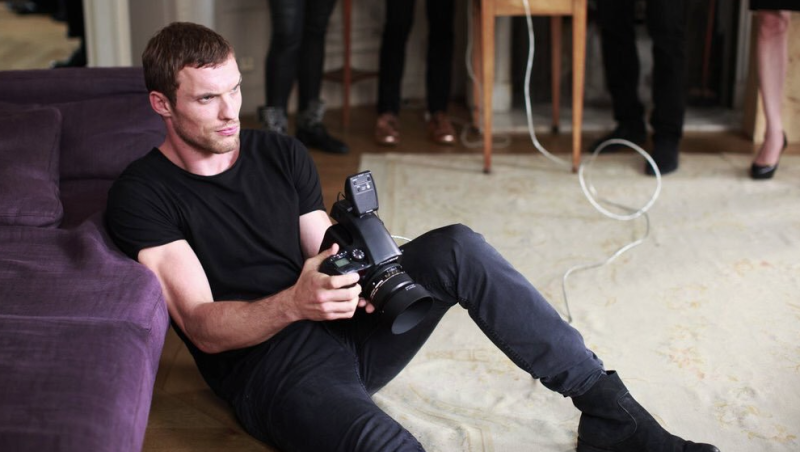 Skrein posted a heartfelt note on Twitter announcing his exit from Hellboy, citing a commitment to diversity: 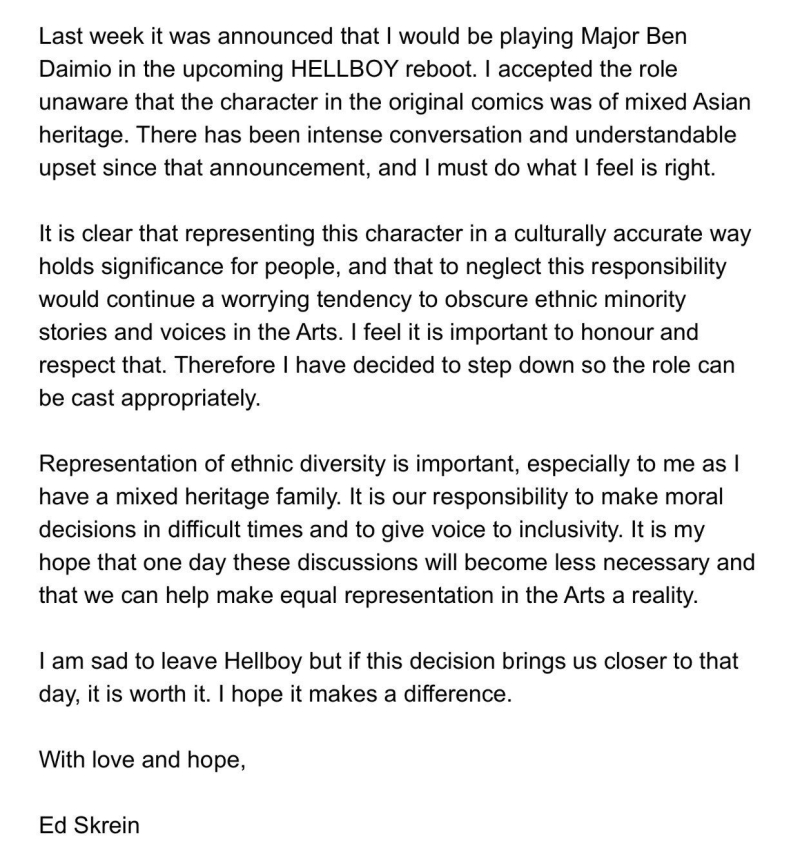