It's 2017, and the U.S. is gripped by a large white supremacist rally in the city of Charlottesville, Virginia.

Now, the governor has declared a state of emergency as violence esclates, and all President Trump can do is tweet a platitude that fails to mention Charlottesville or even white supremacy ... 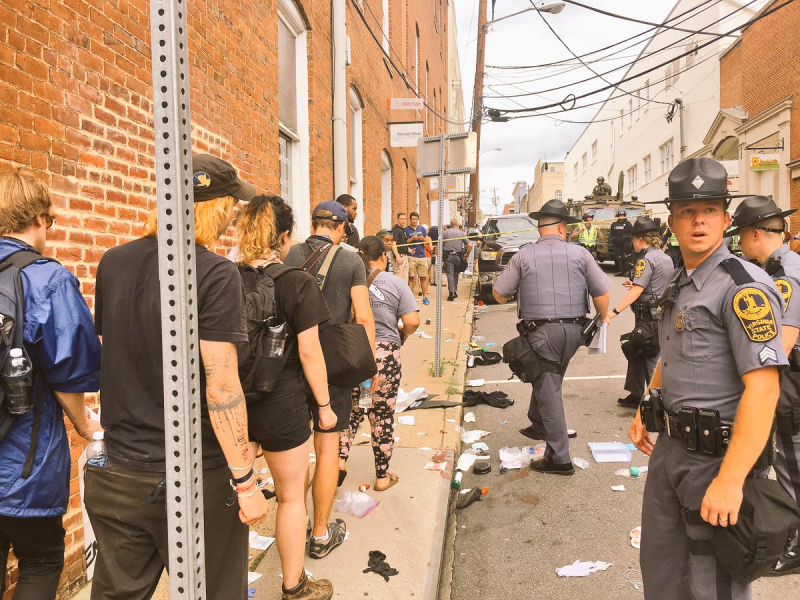 A “Unite The Right” rally organized by white nationalist Richard Spencer descended into chaos and violence Saturday in Charlottesville, as thousands of “alt right” activists, Nazis, KKK members, other assorted white supremacists, and armed militia groups fought with anti-fascist groups and other counter-protesters.

The opposing fringe groups sprayed mace into the air, tossed canisters of what appeared to be — and felt like — tear gas, and beat each other with flagpoles and bats in Emancipation Park, formerly called Lee Park. The violence raged for hours. The Charlottesville Police Department declared a local state of emergency. Then, around noon, as riot cops finally intervened and expelled protesters from the park, Gov. Terry McAuliffe (D) formally declared a state of emergency.

Trump's woefully inadequate response to the racial strife in Virginia:

We ALL must be united & condemn all that hate stands for. There is no place for this kind of violence in America. Lets come together as one!

After criticism, Trump did name Charlottesville, only to brand it — you guessed it — “sad.”

Now, a car has reportedly plowed into a group of counter-protesters — purposefully mowing them down. Gee, that sounds an awful lot like Christian right-wingers have much in common with Islamic radicals:

Another witness who helped victims after car crash explains what happened. This is not cool. #Charlottesville pic.twitter.com/s65kdVDB7Q