Keep reading for a full obit ... 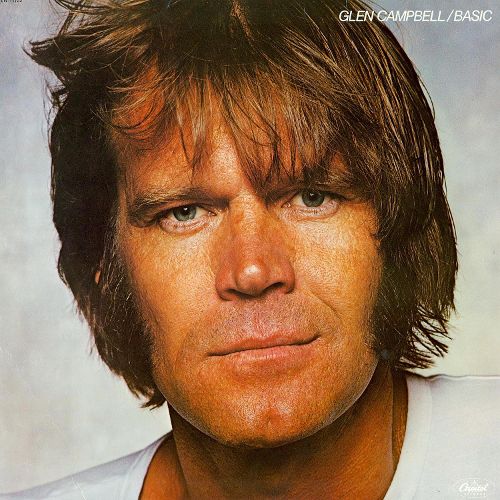 Via TMZ: Glen Campbell died around 10 this morning in a Nashville Alzheimer's facility. He had been struggling with the disease for years, going out on tour after announcing he was in the beginning stages.

Campbell, an Arkansan, began his career in 1954 in the band Dick Bills and the Sandia Mountain Boys. He made his debut on radio and on K Circle B Time, a local kiddie show. By 1958, he had his own band, the Western Wranglers, and by 1960 he was a session singer and member of the Champs.

Campbell's skills as a session musician led him to play on many iconic recordings, including works by Nancy Sinatra, Merle Haggard, the Beach Boys and Nat King Cole.

Glen Campbell was one of the greatest voices of all time. I will always love you, Glen! pic.twitter.com/LQFEWA42lF

His first solo song was “Turn Around, Look at Me” (1961), followed by numerous low-charting misses as a solo act and as a featured artist. His first noteworthy success was a cover of Buffy Saint-Marie's “Universal Soldier” (1965), a song whose message he undermined with his staunch support of the Vietnam War.

Campbell's profile was raised as the host of his own weekly show, The Glen Campbell Goodtime Hour (1969-1972), an important music series that featured the Beatles, Johnny Cash, Willie Nelson and scores of other major acts. During this time, he also tried his hand at acting, appearing in light fare as well as the John Wayne flick True Grit (1969), the Oscar-nominated title theme of which he sang. He would go on to act regularly, although usually in cheesy vehicles.

His music career reached its zenith in the mid-to-late '70s, with the success of “Rhinestone Cowboy” (1975) as a #1 smash on both the country and pop charts. It became a massive, 2 million-selling pop cultural touchstone. He also scored with the crossover #1 hit “Southern Nights” (1977) and the hit “Sunflower” (1977). In spite of being on a roll, Campbell's star sank, with his last Top 40 U.S. pop hit registering just one year later.

His intense affair with fellow singer Tanya Tucker was the talk of the town at the time, making them a country power couple.

Campbell toured tirelessly, released 64 studio or live albums, charted 82 singles and won Grammys and every country award there is.

In 2011, Campbell — having released a farewell album — embarked on a farewell tour, announcing he had been diagnosed with Alzheimer's disease. immediately after the tour, he recorded his album Adiós, instructing his family to sit on it until he was near death. It was finally released in June of this year. The last song he ever recorded, “I'm Not Gonna Miss You,” was in 2013, and would serve as the theme to his 2014 doc Glen Campbell: I'll Be Me. The song received an Oscar nomination.

He is survived by his fourth wife, Kimberly, and eight children from various unions.

On a personal note, I recall first experiencing Campbell briefly in the not-very-well-remembered Joys! (a play on Jaws!), a bizarre, comedic, holiday-time, murder mystery starring Bob Hope and featuring every other TV star and comedy legend you can imagine. I was obsessed with this because I was already becoming fascinated by entertainment legends of the past, and this was the kind of show that would teach me about them: