NURSE JACKIE Actor Comes Out As A Gay Bottom, Slams THE ADVOCATE For Daring To Ask Him If He Was Gay Before He Was Ready Comments (0)

Actor Haaz Sleiman, known for his work on Nurse Jackie and in the TV film Killing Jesus (based on Bill O'Reilly's book), has come out as gay in a Facebook video. 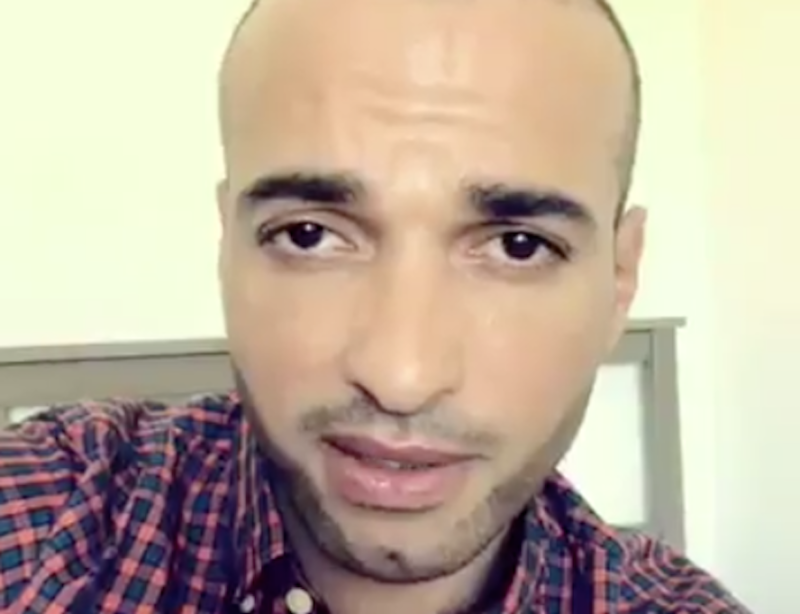 Sleiman's video is also noteworthy for his seething anger over a report that more LGBTQ people in the U.S. have been murdered this year so far than in 2016. He threatens homophobes:

If you ever come to me to kill me just because I'm gay, I will destroy you. I might be gay and I might be a nice guy, but don't get it twisted, because I will fuck you up.

Oddly, he felt the need to follow the video with a post stating that women are better kissers than men, and to call out The Advocate's Brandon Voss for asking him if he was gay during a 2009 interview. Sleiman, seething over the memory, feels that because he only agreed to speak with The Advocate if they promised no personal questions, that means Voss's motivations were ugly, and that the question was out of bounds.

The real problem with journalism is not that journalists aren't respectful enough of asking questions people may not want to answer, it's the opposite. It's the reason celebrity journalism is so weak, with outlets always walking on eggshells for fear of losing access. (Offend Sleiman, you might piss off his publicist, who may rep more clickworthy names, or you might piss off the star of the show he's on, or, or, or.)

I think it's great he came out. I'm not in love with him threatening gay bashers, because it implies that gay people who were killed were not strong enough to defend themselves. His kiss post was undercutting and silly. As for Voss, if Sleiman wasn't ready to come out in 2009 — which is his right — he could have simply said he would not answer personal questions; there should be no stigma attached to asking someone if they're gay.

Voss has addressed the issue at his new gig at NewNowNext, where he denies having been told he could not ask any personal questions, and asserts he would have honored the request:

I was not informed beforehand that Sleiman wished to avoid any personal questions, a request I would have honored. As I told Sleiman earlier today in a private Facebook message, I regret the unfortunate miscommunication.

My goal, however, was not to be unkind or shocking. When writing for LGBT publications, I respectfully interview LGBT people, straight people, and those who choose not to identify publicly. But because these celebrities are speaking to LGBT press, I do offer them an opportunity to identify if they so choose, with the end goal of celebrating and normalizing all sexual identities.

Had Sleiman replied with “I prefer to keep my private life private” or “It’s more fun to keep people guessing,” I would not have pressed the issue. Had he or his representatives later reached out to request that I edit out the offending exchange, I would have done so without question.

Ultimately, kudos to Sleiman for coming out, and for his authentic and urgent response to the epidemic of LGBTQ murders.