I was sad to read that Jay Thomas has died after battling cancer. He was 69.

I'll always remember him as the sexy Italian dude on Mork & Mindy, where he helped usher in my affection for a man with a strong brow.

Keep reading for his obit ... 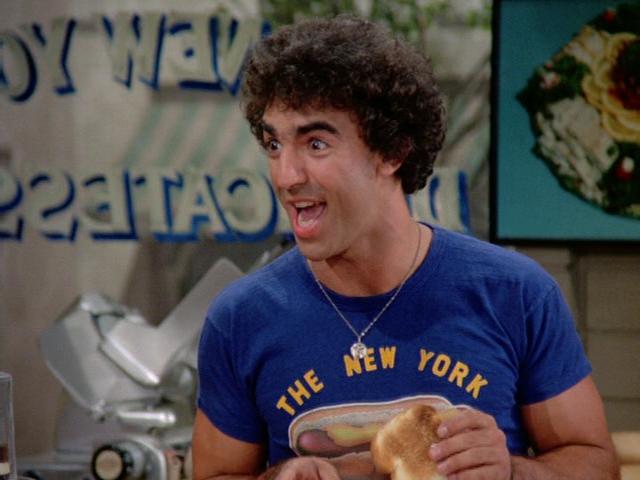 Thomas was a fixture in supporting roles on TV, expecially in the '70s, '80s and '90s. His big break 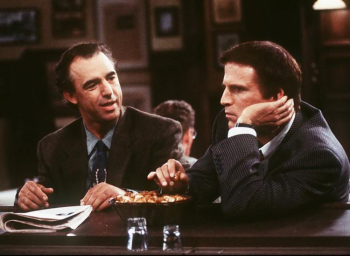 From 1987-1989, he made appearances as Eddie LeBec, the hockey-stud hubby of Rhea Pearlman's Carla.

He won the Emmy twice for his recurring role as Jerry Gold, one of Murphy's (Candice Bergen) date mates on Murphy Brown (1989-1998), and was known for his appearances on Late Night with David Letterman, on which his Clayton Moore story killed:

His most recent credit appears to be an episode of Ray Donovan in 2013.

Thomas is survived by his wife and three children. One of his children, musician J.T. Harding, was the product of an affair and was given up for adoption. Thomas said he fathered Harding after having sex for the first time ever, in his late twenties; he had been terrified of sex due to his intense Catholicism.

They reunited on an episode of Dr. Phil and made the talk-show rounds: