Kathy Griffin: NO, I DON'T APOLOGIZE FOR THAT PHOTO ANYMORE ... WE HAVE REAL THINGS TO DEAL WITH Comments (0) 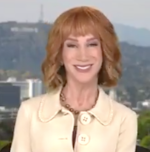 Kathy Griffin speaks out about her Trump kerfuffle to Australia's Sunrise, and she's pissed.

She should've done this to begin with instead of her press conference with unhelpful Lisa Bloom ... 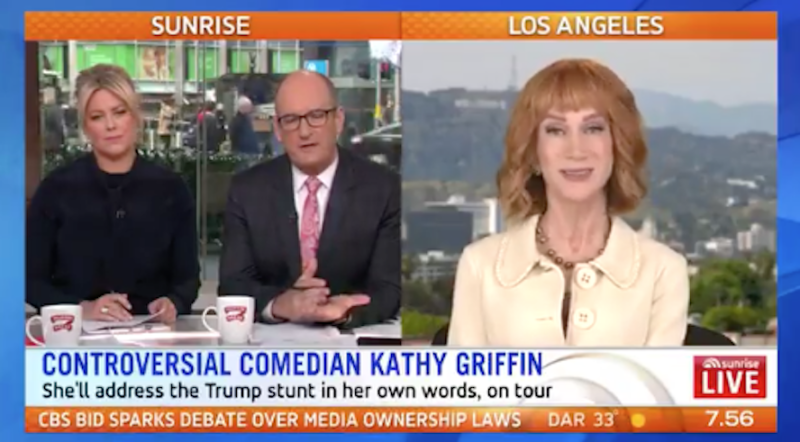 Kathy Griffin is no longer sorry for her Trump photo.. She told the Sunrise hosts:

The whole outrage was B.S. The whole thing got so blown out of proportion. And I lost everybody. Like, I had Chelsea Clinton tweeting against me. I had friends — Debra Messing from Will & Grace. I mean, I lost everybody. And so I have been through the mill and I also, y'know, I didn't just lose, like, one night on CNN, my entire tour was canceled within 24 hours because every single theater got all these death threats.

When challenged on the idea that only Trump fans were made, Kathy snapped at the co-host:

You're full of crap. Stop this. You konw this. Stop acting like my little picture is more important than talking about the actual atrocities that the president of the United States is committing.

. @KathyGriffin: "I'm no longer sorry. The whole outrage was BS. The whole thing got so blown out of proportion." pic.twitter.com/5PxNrQ2VSk