Very interesting BuzzFeed piece by Ryan Mac asserts that homocon Peter Thiel — who spoke so warmly of Trump at the RNC in advance of the election — his now hedging his bets, and is privately conceding to friends and associates that the Administration is in trouble.

Keep reading for the strikingly different message Thiel is offering in public (“off to a terrific start!”) versus what he is reportedly saying in private ... 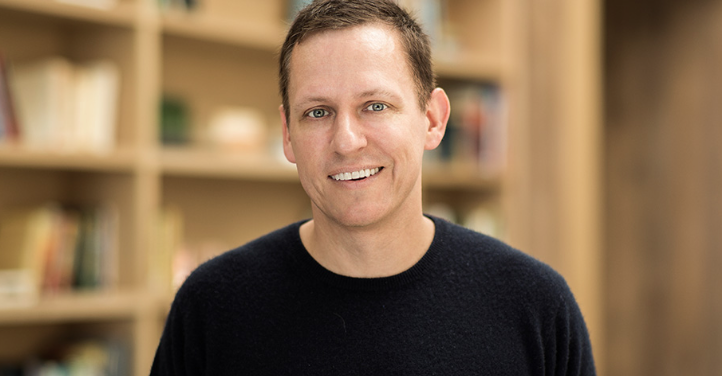 Peter Thiel, proof that not all gay people are on our side (Image via FoundersFund.com)

Via BuzzFeed: As recently as June, Thiel was back-slapping Trump in person, telling him he was doing well so far. But according to BuzzFeed, the picture is anything but rosy behind the scenes:

Donald Trump’s most prominent Silicon Valley supporter has distanced himself from the president in multiple private conversations, describing at different points this year an “incompetent” administration, and one that may well end in “disaster.”

Peter Thiel’s unguarded remarks have surprised associates, some of whom are still reeling from his full-throated endorsement of Trump at the Republican National Convention. And while the investor stands by the president in public — “I support President Trump in his ongoing fight," he said in a statement to BuzzFeed News — his private doubts underscore the fragility of the president's backing from even his most public allies. Thiel’s comments may sting in particular in the White House as they come amid a series of hasty and embarrassed departures from the Trump train, as conservative voices from the Wall Street Journal’s editorial page to the floor of the US Senate have begun to distance themselves from the administration.

Thiel’s views remain private — but various disparaging comments were recounted to BuzzFeed News by three separate sources, and others who subsequently confirmed those accounts. These people requested anonymity for fear of damaging personal relationships and possible retribution.

Sounds like Thiel's Lyft investors need this kind of press to feel more secure in their fearless leader's (Thiel is in the driver's seat there) judgment.