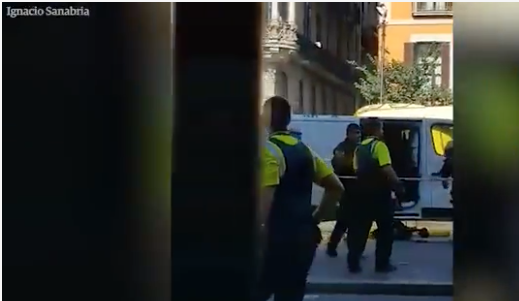 (Video still via The Guardian)

Two suspects have been arrested, according to Huff Post.

Trump, who only this week defended his non-response to a similar attack in Charlottesville as having been out of a desire to find out more info and not judge quickly before he had all the facts, tweeted about Barcelona within minutes, calling it a terrorist attack.

The United States condemns the terror attack in Barcelona, Spain, and will do whatever is necessary to help. Be tough & strong, we love you!