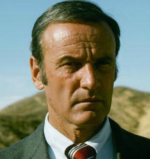 Anderson will forever be remembered as Oscar Goldman on The Six Million Dollar Man and The Bionic Woman, but he made his first film appearance in 1947 and worked on early-TV shows beginning in 1950 ... 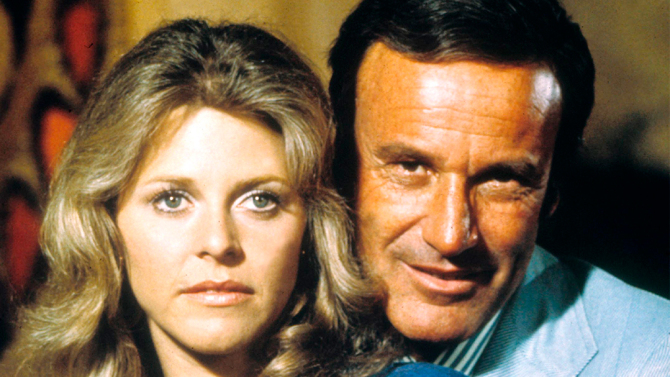 Anderson with The Bionic Woman's Lindsay Wagner (Image via ABC)

Anderson's film debut was in The Pearl (1947), an adaptation of the John Steinbeck novel written by the legendary scribe himself, which he followed with an appearance in the highly regarded Twelve O'Clock High (1949). By 1950, he had begun his nearly 50-year TV career, appearing on the long-lost series Mama Rosa. 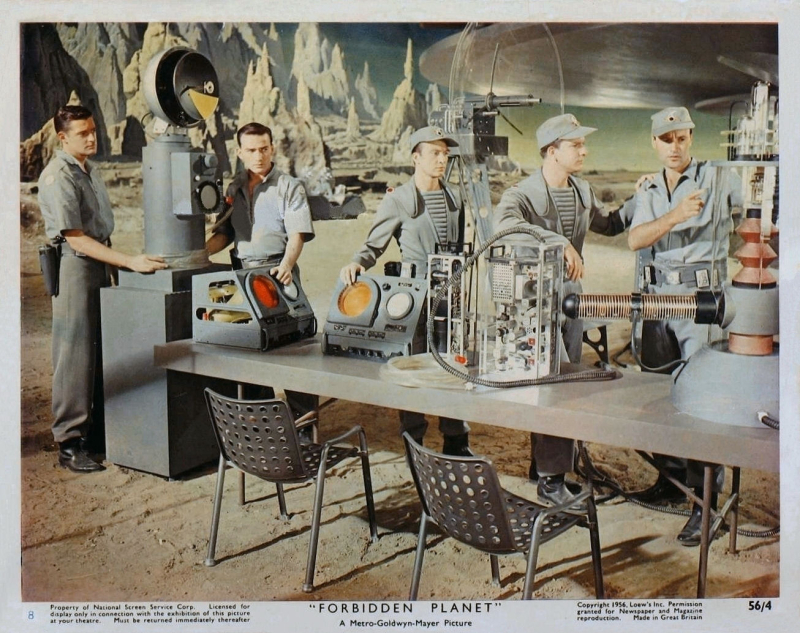 Second from the left in Forbidden Planet (Image via MGM)

Handsome and unflappable, but rarely cast as the leading man, he provided capable backup in a slew of films in the '50s, his most famous from that period being the sci-fi classic Forbidden Planet (1956) opposite Anne Francis; the Stanley Kubrick classic Paths of Glory (1957); The Long, Hot Summer (1958) opposite Joanne Woodward; and the Leopold-Loeb drama Compulsion (1959) opposite Orson Welles.

His '60s silver-screen highlights include Seven Days in May (1964) and the terrific Seconds (1966), which contains Rock Hudson's greatest dramatic performance. 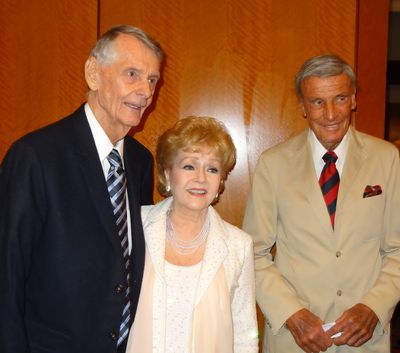 But Anderson's true claim to fame was his role as no-nonsense Oscar Goldman on both The Six Million Dollar Man (1974-1978), starring Lee Majors, and The Bionic Woman (1976-1978), starring Lindsay Wagner, roles he played simultaneously and reprised in later TV movies. In character as Goldman, Anderson spoke the immortal lines in the intro to former:

Gentlemen, we can rebuild him. We have the technology. We have the capability to make the world's first bionic man. Steve Austin will be that men. Better than he was before — better, stronger, faster.

During his stint producing the later incarnations of the Bionic franchise, Anderson cast Sandra Bullock in 1989's Bionic Showdown.

Lee Majors said in a statement, via THR:

Richard became a dear and loyal friend, and I have never met a man like him. I called him Old Money. His always stylish attire, his class, calmness and knowledge never faltered in his 91 years. He loved his daughters, tennis and his work as an actor. He was still the sweet, charming man when I spoke to him a few weeks ago.

I can't begin to say how much I have always admired and have been grateful for the elegance and loving friendship I was blessed to have with Richard Anderson.

Anderson went on become a friendly fixture at fan and autograph shows. After retiring in the late '90s, he made one more film appearance, in 2015's The Blood Trail.

Anderson is survived by his three daughters.