He says an old saying on film sets is, “If you can't find the asshole, it's you.” Though searching for it is probably half the fun.

Keep reading for the sexy cover and quotes ... 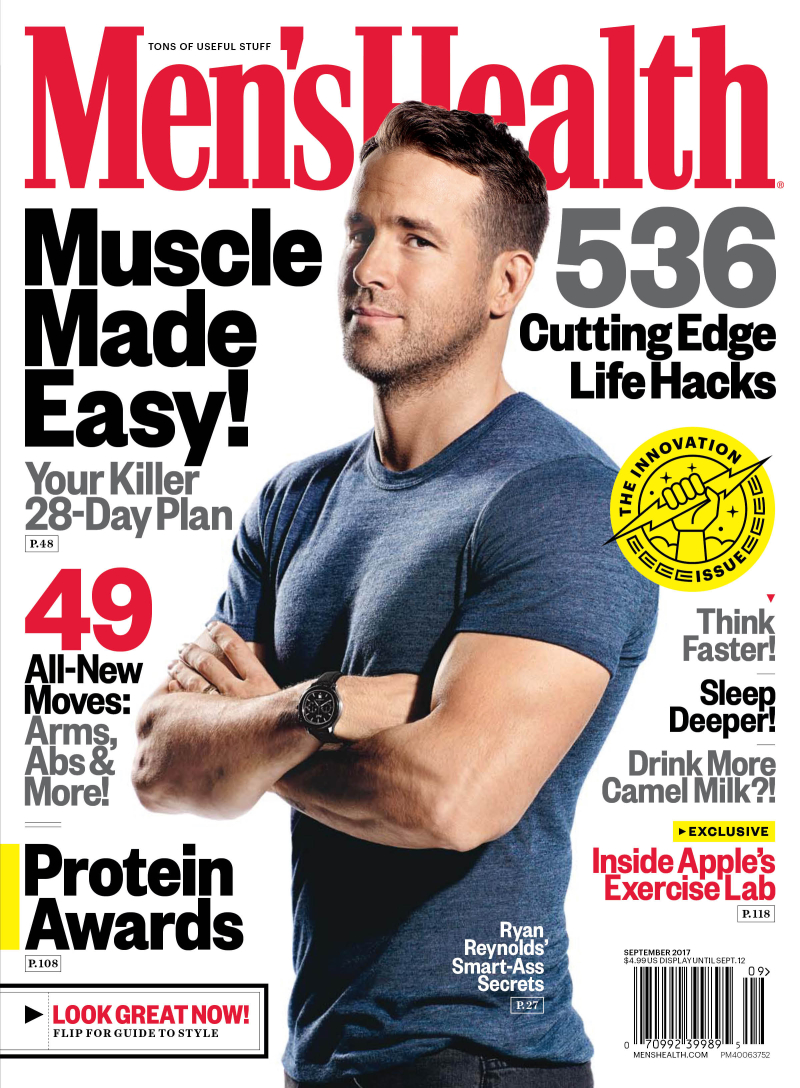 Ryan Reynolds is looking good in his skin-tight T-shirt and blackish jeans on the cover of the new Men's Health, and looks parkour-tastic inside, leaping around buildings with Spider-Manesque ease and Deadpool panache.

Inside, he offers 7.5 tips on how to “become a disruptor, a joker, and a flat-out great guy”

— and they're not half bad.

Reynolds eats "clean, whole foods" every two or three hours when he's bulking for a role. But he stops short of Hugh Jackman's Wolverine diet, which reportedly involved 6,000 calories, some of which were eaten at 2 a.m. "Hugh Jackman has a dedication to his craft that I'm afraid I don't share. If I'm up at 2 in the morning, it's because something has gone terribly wrong."

I love the Deadpool vs. Wolverine rivalry, and I also love picturing Ryan Reynolds all sleepy and half-naked at 2 a.m.