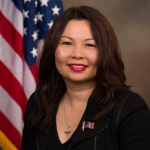 We need to take Trump's trans ban seriously, because he is pushing ahead with it (it became official as of Friday night) in spite of almost nobody being in favor of it, its roughly billion-dollar cost and its potential to weaken the U.S. military.

Sen. Tammy Duckworth (D-Illinois), who lost both legs in the service, writes, “When I was lbeeding to death in my Black Hawk helicopter after I was shot down, I didn't care if the American troops risking their lives to help save me were gay, straight, transgender, black, white, or brown.”

Keep reading for her full statement, and more of the day's hottest links, including — of course — Taylor Swift ... 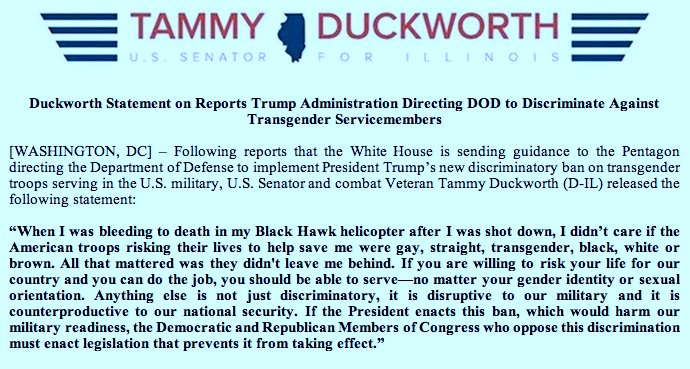 Twitter @SenDuckworth: Tammy Duckworth knows what she's talking about regarding the trans ban — Trump and his ideologues do not.

Twitter @VoteVets: Above, USAF vet Liam Waller, who is trans, explains why Trump's trans ban is utter bigotry. Hillary's also against the trans ban, because she is sane:

I didn't care for the movie either, but not from a feminist perspective. (GIF via Warner Bros.)

Gay Times:: Some think Taylor Swift's “Look What You Made Me Do” samples Right Said Fred ... including Right Said Fred. Sounds more like “My Humps,” guys.