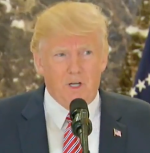 In a contentious, unnecessary presser held in Trump Tower in NYC, where his approval rating is probably minus 10, Trump reacted angrily and defensively to pointed questions about his response to Charlottesville, explicitly saying people who showed up to protest the removal of a statue of Robert E. Lee were good people, that the alt-right gets a bad rap and that those who protested against them were just as bad as the alt-right (aka the KKK, neo-Nazis and other white supremacists).

The U.S. is a failed experiment if this buffoon is not removed from office this year ... 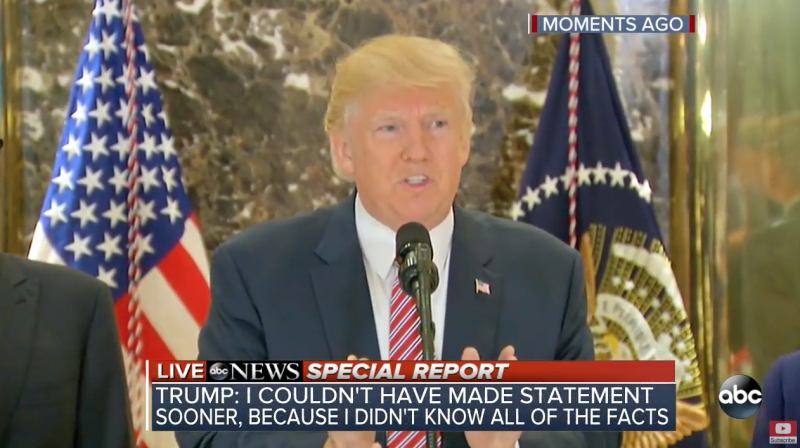 The video is damning. Trump showed way more anger toward Sen. John McCain than he did for the alt-right, which he said is made up of many good people who just happened to be concerned about the removal of statues exalting the Confederacy.

This news conference is unbelievably unhinged, illogical and openly apologetic regarding the alt-right: