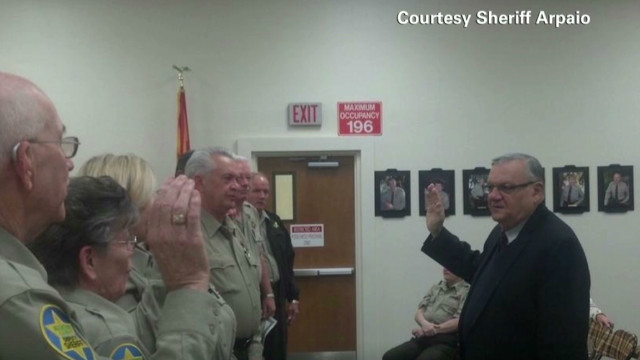 Arpaio, 85, was convicted in July of criminal contempt for violating a federal court order to stop racially profiling Latinos. He was scheduled to be sentenced on Oct. 5 and faced a maximum of six months in jail.

He backed Trump, so Trump repaid him and all his other white supremacist followers with a pardon. Unforgivable. Our system is broken. Beyond repair?

Phoenix's mayor on the pardon: 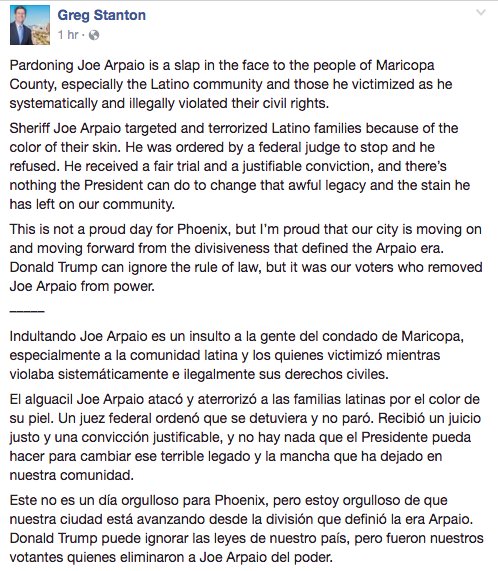