A new study of 361 men from Canada and France suggests that taking two doses of Truvada for PrEP from 2 to 24 hours before intercourse, another 24 hours later and a fourth dose 24 hours after that dramatically reduced the risk of HIV transmission. Just as with men on PrEP daily, the rate of protection was found to be 97%.

Keep reading for info on this study, plus hot links regarding Anthony Scaramucci, Republicans who want to stall our 2020 election, Chelsea Manning and a video of Corey Feldman attacking his fans ...

BosGuy: You can probably take PrEP as needed and still cut your risk for HIV exponentially.

WaPo: Fully half (52%) of Republicans would be in favor of postponing the 2020 election if Trump suggested it ... just to make sure illegals weren't voting, mind you. 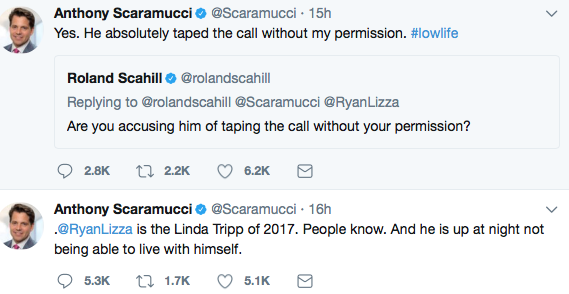 Huff Post: The Mooch rails against journalist who taped their phone interview, inadvertently compares himself to Monica Lewinsky.

Twitter @Corpsie74: Corey Feldman berates the tens of fans he has left, is still sucking up to/feeding off of the late Michael Jackson:

Went to see #coreyfeldman last night. Good times. Especially when he was berating the audience and threatening to leave. pic.twitter.com/VQqaBdCzcq