6-PACK — There But For The WILL & GRACE Of God + THE YOUNG & THE LESBIAN + Sessions Gunning For Journalists + Pauly Shore Is Funny + Hot Dude + Masc-ing Our Emotions? + Shedding Some Gay Light On DARK SHADOWS! Comments (0) 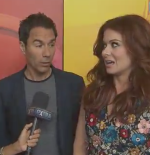 Will & Grace is shaping up to be the hottest new show of the year, and it's, like, really old.

Of the state of its characters in the September 28-launching comeback, Eric McCormack reveals, “Will is still a lawyer. Still gay. Still living in his apartment … Grace has become very successful as an interior designer … For reasons that will eventually be revealed, we move back in with each other.” Keep reading for more on this and other hot links of the day ... 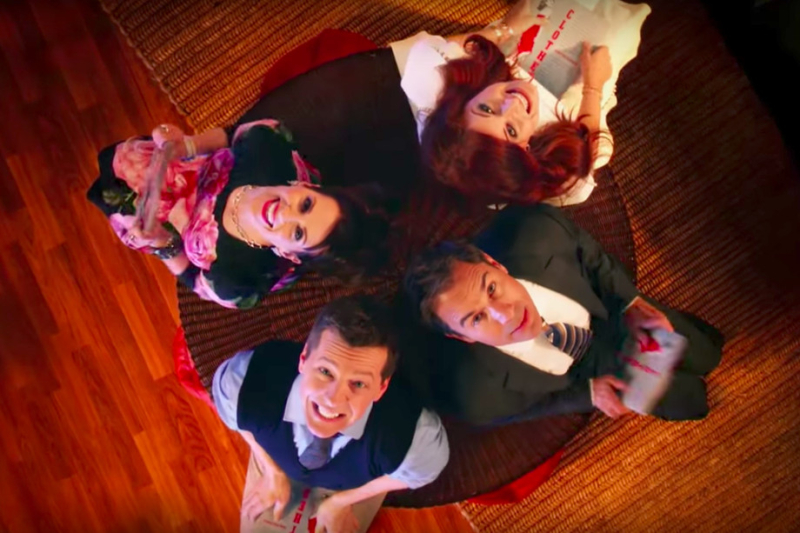 Always shoot from above. (Image via NBC)

Michael Fairman Soaps: On Thursday's The Young and the Restless, Tessa (Cait Fairbanks) and Mariah (Camryn Grimes) shared a full-on kiss. Is a relationship next?

Huff Post: Is A.G.-for-now Jeff Sessions gearing up to make it easier to jail journalists?

Funny or Die: In keeping with our topsy-turvey world, Pauly Shore is now funny. Watch him skewer the “cosmopolitan”-baiting Stephen Miller:

ExtraTV: Will & Grace stars spill on what's been up with their characters the past 10 years. Plus: It's already picked up for Season 2!

Enjoy your morning cup of joe (or whatever you may want to call him). #CoffeeAddict https://t.co/rFRvAaNejV pic.twitter.com/rM0VjfcPGx

Medium: Is the epidemic of loneliness among men, in particular, caused by our culture's toxic masculinity, and its need to crush male friendships?

Flagrant: 11 (!) Dark Shadows actors who were LGBTQ in real life.