The series takes place in an average American hotel room, telling the stories of those who pass through.

One who passes through is a Mormon played by Adam Foster, and you get to see what's beneath the underwear. Keep reading for that and more of the day's hottest links, including Aaron Carter's breakdown, the latest on the Aussie same-sex marriage debate and more ... 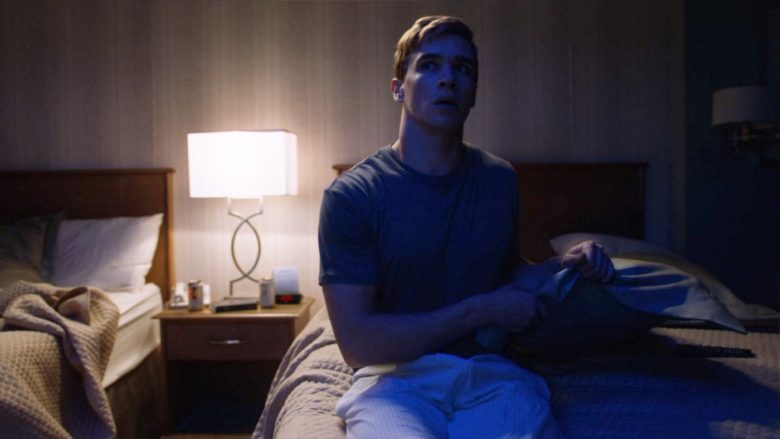 OMG Blog (Work Unfriendly): “The Missionaries” is an episode of Room 104 about free will — and freeing Adam Foster's willy.

Daily Mail: Aaron Carter gets emotional in a candid interview for The Doctors in which he discusses regularly getting fillers to combat his gaunt look. He also opens up about an addiction to prescription pills. Sweet guy — wish he were not having such a hard time, so much of it coming from casual slams on the Internet:

Towleroad: Australian PM Malcolm Turnbull is urging his country's citizens to vote in favor of same-sex marriage in this month's non-binding public vote. This is the same douche who refused to simply bring the issue to a vote in Parliament, taking this cowardly way out and allowing straight people to vote on gay rights. On gay marriage, he now says, “... If two gay people down the road, who are living together decide to get married, how does that threaten my nearly 38-year-old marriage to Lucy? Of course it doesn’t.”

Huff Post: X Atencio, the Disney Imagineer who helped bring the Disneyland and Walt Disney World attractions the Pirates of the Caribbean and the Haunted Mansion, has died @ 98. He also wrote the lyrics to “Yo Ho (A Pirate's Life)” on Pirates and “Grim Grinning Ghosts.”