“New York isn't a city for nostalgia. It's not a city, like Paris or Rome, that rests on a glorified past. It's a city that has no pity. It doesn't stop for anyone or anything. It just keeps evolving.”

So begins Susan Seidelman's latest interview on the topic of her '80s hit Desperately Seeking Susan, a film that captures NYC in the '80s with surrealist aplomb.

Keep reading for more on what The Guardian calls “a feminist classic” ... Madonna in Susan, and in Susan (Image via Orion)

Seidelman speaks with The Guardian on the occasion of her films Smithereens (1982) and Desperately Seeing Susan (1985) playing at the Barbican Centre in London as part of a season The Grime and the Glamour: NYC 1976-1990, packed with movies set in “New York’s coolest era.”

As a student, Seidelman lived in a tiny East Village studio. It was the mid-70s, and New York was broke, having narrowly escaped bankruptcy in 1975. Today, the East Village is lined with luxury apartments and artisanal ice-cream shops; back then, it was desperately dilapidated. There was rubble everywhere, and boarded-up buildings. The streets were full of sex workers, addicts and artists. There was a seediness to the city, but also an electric creativity and a mix of cultures and socioeconomic groups.

“That was what was so great about the nightlife in the 70s and 80s,” Seidelman says. “You’d go to Max’s Kansas City, the Mudd Club or even Studio 54 and you might find Jackie Onassis sitting with Andy Warhol and then [there were] some cute Puerto Rican boys from uptown who were there to dance and have fun.”

Part of Desperately Seeking Susan’s appeal is that it feels authentic; it captures the energy of its era, and a large part of this is down to Madonna’s performance. It was Seidelman’s decision to cast Madonna, who happened to be her neighbour, despite the singer’s lack of acting experience. Seidelman felt that Madonna was perfectly fitted for the role: “She wasn’t acting Susan, she was Susan. The essence of the character felt authentic to me. She wasn’t just an actress in a cool costume.”

That cool costume — or rather, one of a few of them in existence — was later sold for $87,500 (after initially selling for three times that). 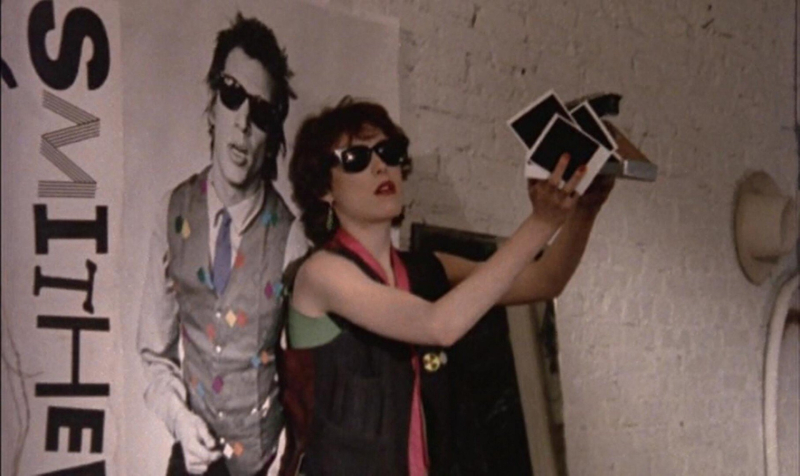 If you've never seen Smithereens, seek it out! It's a rawer Susan, with quite a bit of interesting overlap. And like Susan, it is a document of an NYC that is long gone.