They represent red state Texas and were playing in red state Arizona, but all of the cowboys — including the ownership — decided it was important to #TakeTheKnee during tonight's game.

They did it apart from the national anthem, and yet some in the crowd still booed.

Why? Because a significant number of Americans support racism ... 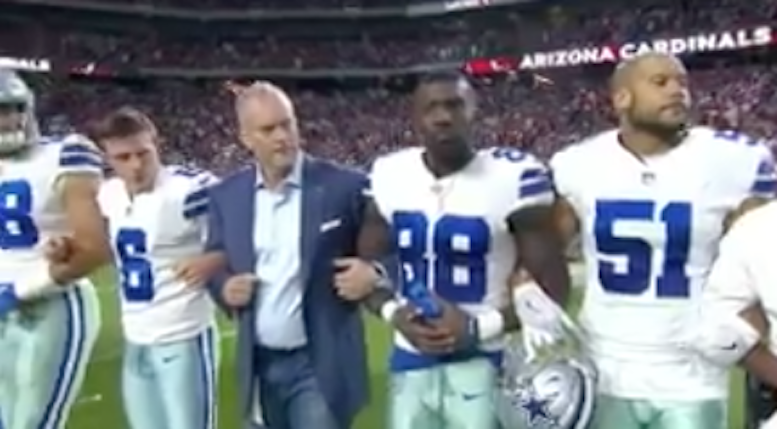 At the same game, Jordin Sparks sang the national anthem ... with a sneaky Bible verse on her wrist:

Proverbs 31:8
Speak up for those who cannot speak for themselves, for the rights of all who are destitute. #12Sports pic.twitter.com/Gs1xauFIOj

The San Antonio Spurs' coach Gregg Popovich has also spoken out against Trump. It is a doozy:

Spurs coach Gregg Popovich: Time to decide "the decent America we all thought we had and want is more important" than Pres. Trump's conduct. pic.twitter.com/ImnHDOP43b