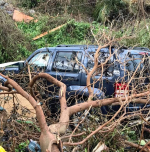 Gay couple Kerman Haynes, 40, and Andrew Burruss, 32, of Atlanta, were ending a two-week vacay to the British Virgin Islands when Irma arrived, laying waste to the entire area.

Now, the pair have been using social media — whenever possible — to alert the outside world that they are trapped in the capital city of Tortola, and that they and the locals are becoming increasingly desperate as food and water and help run out ... 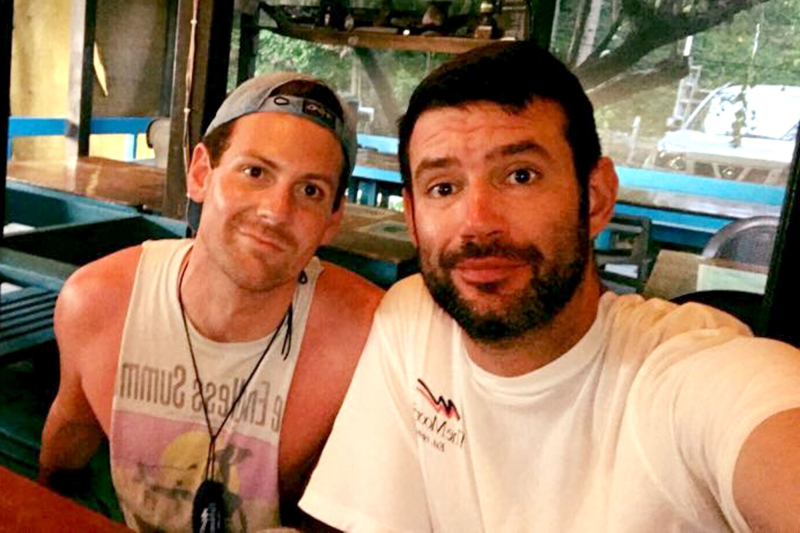 The men have communicated with People Magazine, telling the publication via text:

There is almost no aid on the ground here and we are almost out of food and water. The devastation is unimaginable as it was more like a thirty-three hour tornado than a hurricane.

Burruss's Facebook posts are nightmarish, speaking on their dwindling resources: 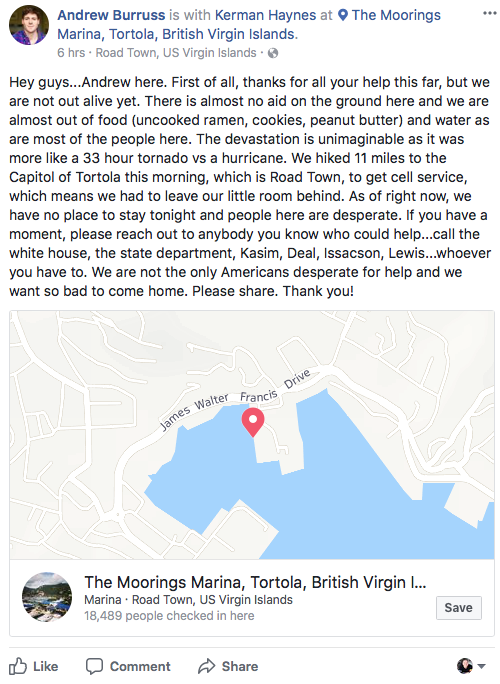 People have been responding with info on how to get in touch with the consulate, but it would seem to be a treacherous time for the pair — they had to hike 11 miles (and have only one gallon of water left) in order to get where they are now.

Haynes's latest post on the subject, coming late Sunday night, sounded angry and fed up with the response of all local officials and the U.K.: 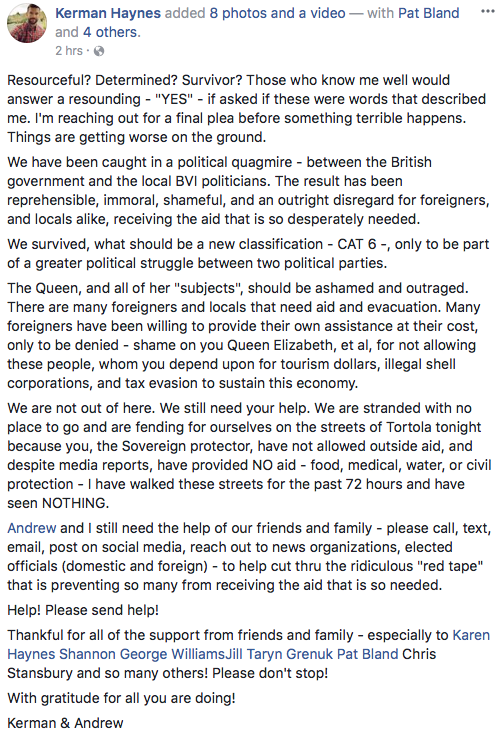 Wishing them and everyone in harm's way all the best. If anyone has ideas for Kerman and Andrew, try leaving a comment on either man's FB page.