Kenneth in the (212): On Battle of the Sexes — which he grades an A as a film — this tennis buff notes: “[T]he truth is Billie Jean left a trail of tears along the way to where she is today -- and frankly I think her generational shame still haunts her even to this day.”

Enter to Win Battle of the Sexes Prize Packs Here!

Outsports: Robbie Rogers, the out pro soccer player, is one of the faces of Target's new campaign. 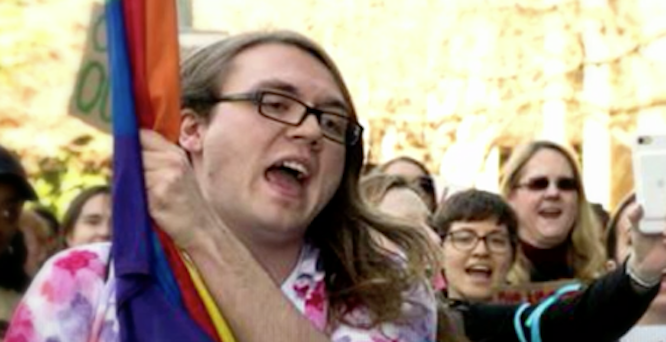 CBS News: Scout Schultz, an LGBTQ student leader at Georgia Tech, apparently intended to commit suicide by cop — and the campus cops were all too eager to comply, shooting Scout dead in a confrontation that could have been far less violent. Now, several are facing charges for inciting a riot on the campus when a peaceful protest was overtaken by a violent, anti-police faction. Still, Scout's father has the $64,000 question: Why shoot? Towleroad: The TowleREAD series features gay Muslim Parvez Sharma, whose A Sinner in Mecca chronicles his potentially suicidal journey to Saudi Arabia, where he hoped to gain insight into extremists.

.@BillCassidy responds to Kimmel: "I'm sorry he does not understand." With new bill "more people will have coverage" https://t.co/1wWZe843vC