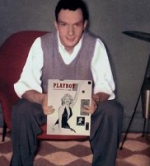 Hugh Hefner, one of the most iconic figures of the 20th century— who launched one of its most iconic brands — has died. He was 91.

The Playboy founder's death was confirmed by his company. He died at home, the luxurious Playboy Mansion near Beverly Hills, site of countless swinging parties and acts of debauchery that have fed male fantasies for decades ... 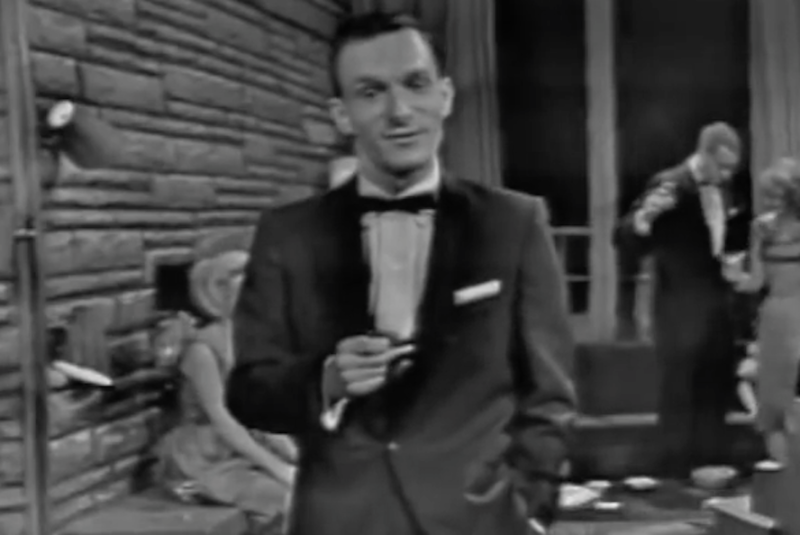 The Playboy kingpin, always associated with an ironic smoking jacket and cigar and often seen with a curvy woman or three on his arm, embodied the concept of, “I'm not only the Hair Club president, but I'm also a client,” inventing a lifestyle — and helping to facillitate and define the Sexual Revolution — along with simply dreaming up a magazine. 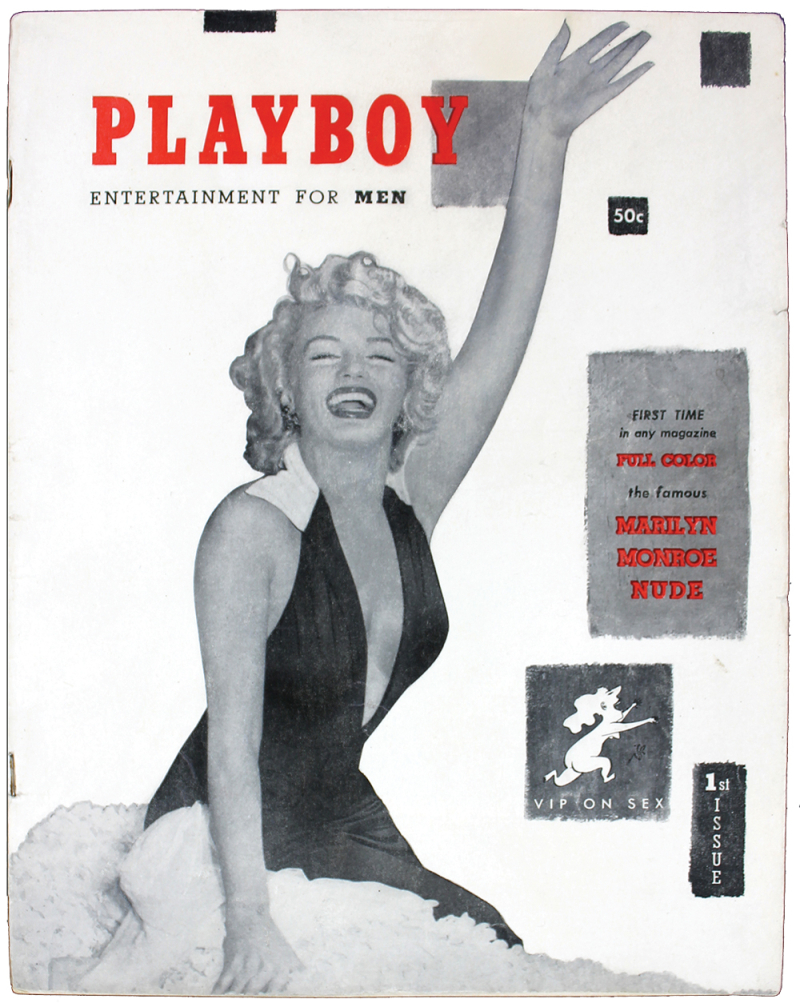 At age 27, Hefner published his first issue of Playboy (December 1953), which immediately became a pop cultural relic, featuring a sexy Marilyn Monroe cover and centerfold that exposed her pre-fame nude modeling for all the world to see. His mission was clear from the beginning, to provide men with a nudie mag that espoused all the finer things in life — cigars, music, current events and guilt-free sex. And yes, some really did come to read it “just for the articles,” a popular expression meant to chide those who were too embarrassed to admit they were patronizing a titty mag; undeniably, Playboy featured important pieces on a variety of topics, and published some of the most important writers of the day, including Ray Bradbury, Joyce Carol Oates, John Updike and Kurt Vonnegut.

Instead of raising children in an adult world, with adult tastes, interests and opinions prevailing, we prefer to live much of our lives in a make-believe children’s world.

Playboy was unpopular with the never-silent moral majority, including the FBI, when it hit the scene because it upended the phony propriety of the '50s. After all, his aggresive “Playboy Philosophy” was in favor of pot, reproductive rights, racial equality and the abolition of all laws related to adult consensual sex.

Later, feminists took issue with its unapologetic objectification of women, who were not only offered up to be ogled by men but were also called Bunnies. Still, he persisted. The magazine was selling 7 million copies a month in the '70s, a figure that would deteriorate even as each issue offered eternally perky figures chosen to reflect ever-changing male tastes.

Hefner brought his act to TV in 1959 with Playboy's Penthouse, hosting luminaries like Norman Mailer and Nat King Cole, a move that helped cement his brand in the minds of all who watched, and one that underscored his desire to be not an anti-social pornographer but a mainstream force. He repeated the format in 1968-1970 with Playboy After Dark.

Among his other offshoots were his dwelling, the Playboy Mansion, where he hosted ribald parties and to which he lured brilliant thinkers and controversial celebs; and his Playboy Clubs, which offered a taste of his ethos in an atmosphere livened up by scantily clad waitresses. Feminist icon Gloria Steinem crashed the club as an undercover Bunny in an attempt to discredit Hefner's mistreatment of his girls, but her criticisms could not overcome the nation's hunger for fun, even if that meant it was partially at the expense of women who wanted a little fun of their own.

He also launched casinos and resorts and all manner of merch with his bunny silhouette, a symbol even young people would be able to ID today without ever having held a copy of Hef's magazine.

And back to the magazine: It was perfection even if you didn't like the trim inside, a publishing accomplishment non-pareil. The photography in Playboy was art, not just artful, but became such not out of a pretentious goal to make art, but out of an earnest determination to deliver flawless imagery. Because of the quality, the magazine attracted countless A-list women to pose nude. It became a socially acceptable statement of confidence in one's self and, ironically, it was later seen as a feminist act to strip naked on one's own terms, and/or past a certain age (Vikki La Motta, Joan Collins). 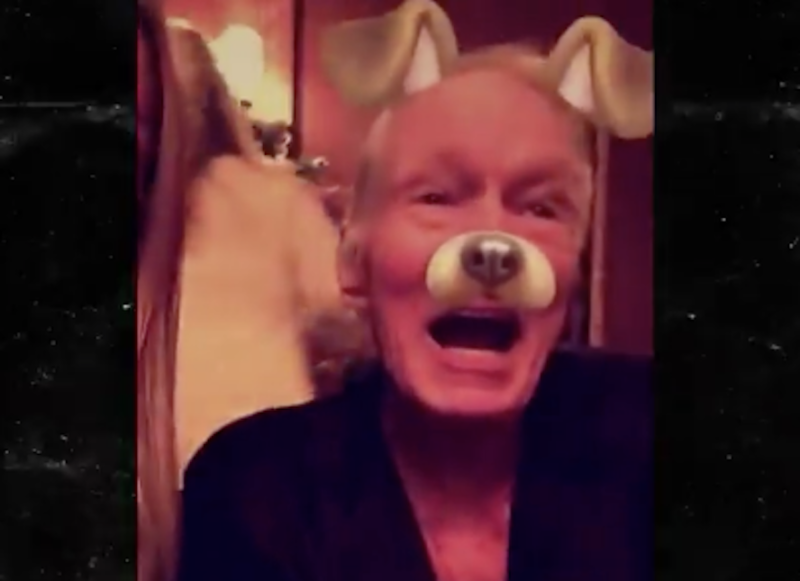 Late last year, Hefner offered proof of life in the form of a Snapchat vid. (Image via Snapchat)

Now, Playboy may still be a force in publishing, but publishing is a dinosaur and Playboy's influence on the broader culture is nil. Two years ago, Playboy even announced it would no longer publish nudes, throwing in the towel in an era when hardcore sex is available on our computers free-for-nothin'. (It later backpedalled on that ill-advised directive.) 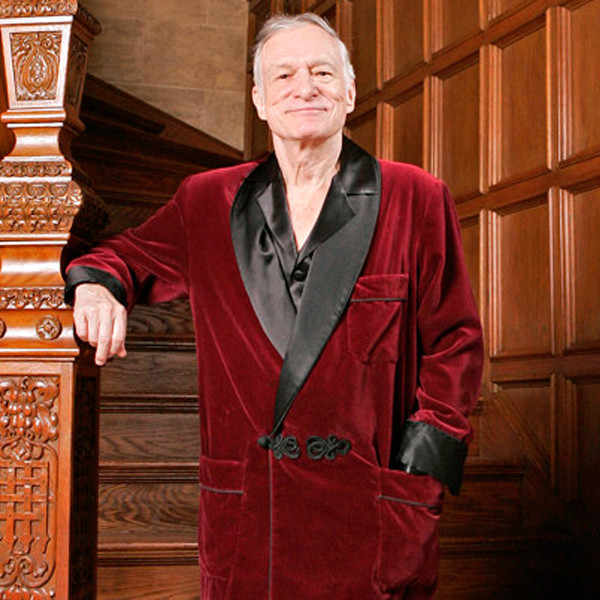 Hefner's personal life was increasingly a reflection of his art. He married a Playmate in 1989, and while he remained married to her for over 20 years, he was, of course, an eternal playboy. By 2005, he was starring on his own reality show, The Girls Next Door, which presented the nearly 80-year-old rake squiring around three blonde girlfriends young enough to be his granddaughters. Viagra works, people. He married one of the girls from a later season of the show, Crystal Harris.

Crystal now survives Hefner, along with his daughter Christie, who was instrumental in Playboy's success in its later years, and sons David, Marston and Cooper.

As noted by The New York Times obit, Hefner is set to be buried in the mausoleum drawer next to his original cover girl, Marilyn Monroe.

Hefner's final Instagram post — yes, he had over 500,000 followers — was an appeal for assistance with hurricane relief.