Kimmel: WE'RE 'LIKING' THINGS WHILE THEY'RE VOTING ON WHETHER PEOPLE CAN AFFORD TO KEEP THEIR CHILDREN ALIVE Comments (0)

Jimmy Kimmel got political on his show last night, going after Sen. Bill Cassidy (R-Louisiana) for blatantly lying  about his requirements for supporting a health care bill

Cassidy had stated he would only support changes to health care that provided unlimited care for families in need of medicial care, emergency or otherwise, because they can't afford it. His own Graham-Cassidy Bill flunks. 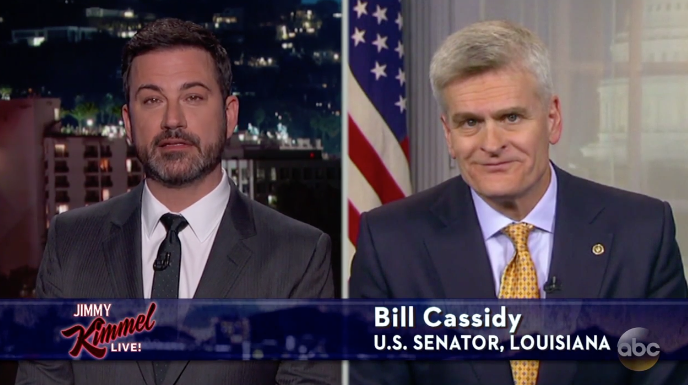 If you too are disappointed in Sen @BillCassidy #GrahamCassidy let them know it - call (202) 224-3121 pic.twitter.com/eswlh6BaoV