Megyn Kelly is so painfully uncool and inauthentic, which came through loud and clear when she visited The Ellen DeGeneres Show and offered canned quips to promote her new show while Ellen spoke her truth about Trump.

Now, she's put her foot in her mouth while interviewing a gay Will & Grace superfan in front of the cast of the returning series. Oh, Megyn ... 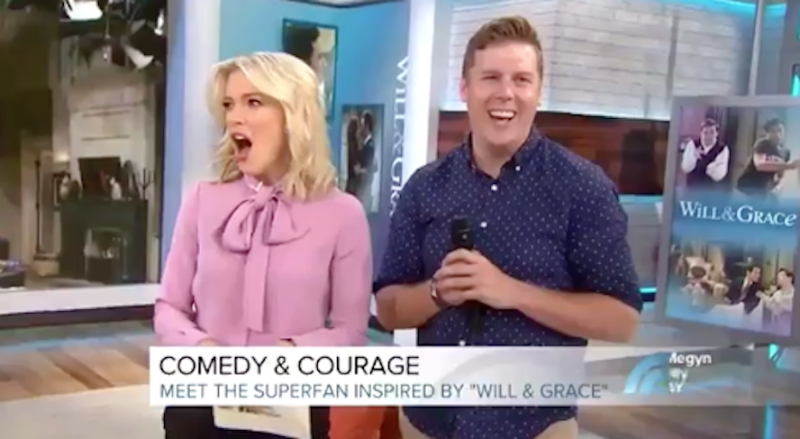 Not the most offensive thing ever uttered, but rather lame.

Here is Megyn Kelly telling a gay #WillAndGrace superfan, "I think the 'Will & Grace' thing and the gay thing's gonna work out great." 😑😑😑 pic.twitter.com/KyN9kVQ0rK