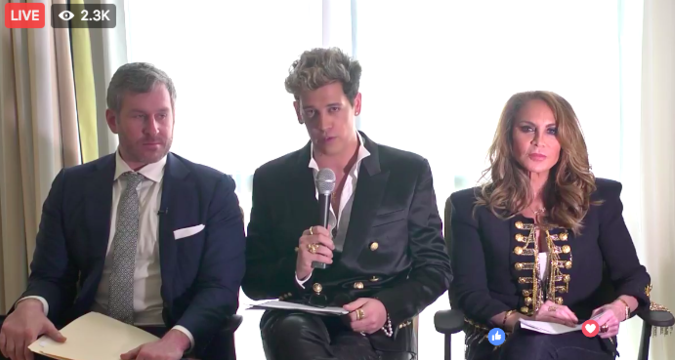 Right-wing gay provocateur Milo Yiannopoulos promised a Free Speech Week at U.C. Berkeley, which really turned out to be his feeble attempt at a fascist fest, one that was canceled almost immediately ...

I watched Milo's presser so you don't have to https://t.co/urBqO6eOhg

Milo headed up a wah-wahhhh presser on Saturday, promising tons of people would show up Sunday. We are going to be hosting an event, come hell or high water, tomorrow, he swore. Didn't really happy, since his Sproul Plaza rally was packed with way more demonstrators than Milo/Trump fanatics.

Huff Post notes Milo showed up, signed autographs and — within 30 minutes — took off. As it turns out, the event, which cost the university a million dollars in wasted security, was likely a ruse from day one: Milo never intended to actually do anything:

More troubling, in an email chain obtained by the Bay Area News Group, right-wing blogger Lucian Wintrich for The Gateway Pundit, who was scheduled to speak, told UC Berkeley spokesman Dan Mogulof that organizers from the event knew they wouldn’t go through with it from the start.

“It was known that they didn't intended to actually go through with it last week, and completely decided on Wednesday,” Wintrich wrote to Mogulof.

“Wait, whoah, hold on a second,” Mogulof responded. “What, exactly, are you saying? What were you told by MILO Inc? Was it a set-up from the get-go?”

What a farce that Milo has any admirers, let alone any gay fans.