Also after the jump: RIP Anne Jeffreys, RIP Trump's support, find yourself in Belinda Carlisle heaven and check out the crazy-sexy trailer for the next Wonder Woman-themed film ...

This is how you make an entrance, bitches! (Video still via Instagram @madonna)

Instagram: Thanks to Madonna's videographers, I have been immortalized in all my sweaty glory:

Gr8erDays: Don't miss my full obit by the lovely and regal Anne Jeffreys. Jeffreys was a Broadway star of the '40s whose most famous role may have been as gay (in the old-school sense) ghostess with the mostess Marion Kerby on TV's Topper (1953-1955). She looked beautiful until the day she died, yesterday, at 94.

Politico: A majority — 51% — of voters now thinks Trump is literally unfit to hold his office. There can't be any precedent for this much intense disapproval. Was W considered unfit by so large a number of voters?

Huff Post: Trump, clearly lying, claims he's spoken to some of his NFL team-owning buds and that they've told him they had to do something, implying they aren't really sincere in chastising him for his #TakeTheKnee criticisms. Trump then goes on to say he thinks they're “afraid of” their players, an obvious allusion to them being cowed by the big, strong black dudes. Continues to be a racist embarrassment as a citizen, let alone as a fake, for-now-POTUS.

Annapurna Channel: A new teaser from Professor Marston & the Wonder Women teases out the love (and lust) story of the three libertines who inspired the Wonder Woman character:

Super Deluxe Edition: The 30th-anniversary edition of Belinda Carlisle's Heaven on Earth album is here. The 4LP+CD set is the home of her #1 hit “Heaven Is a Place on Earth.” 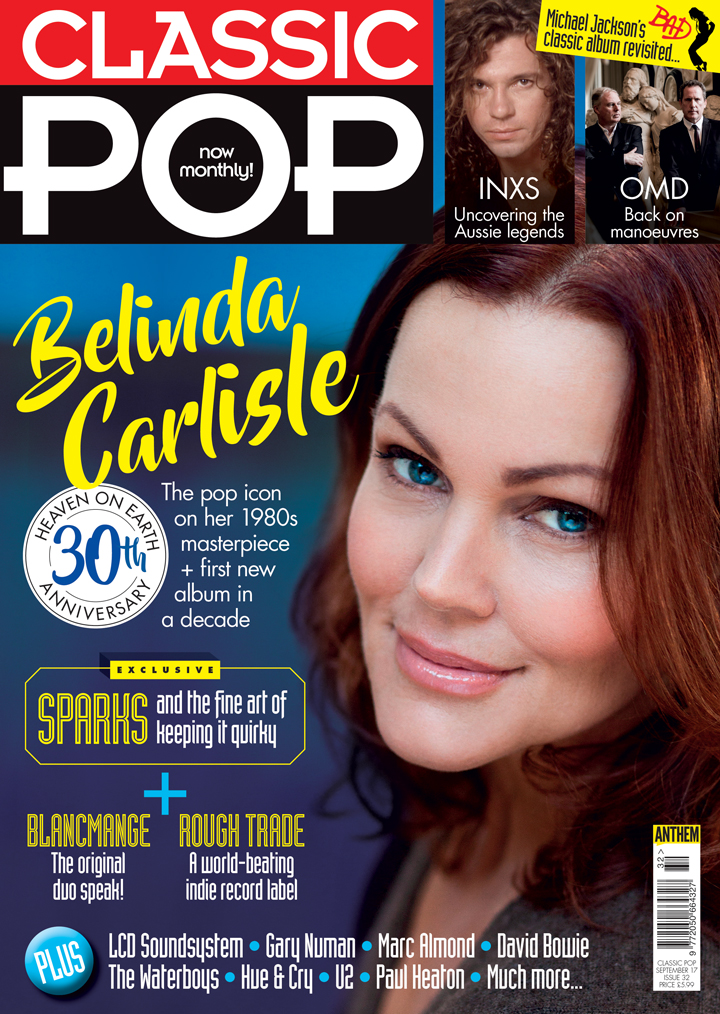 Miss Belinda was also just on the cover of Classic Pop! (Image via Classic Pop)