NEWSWEEK Clowns Around With Bozo Himself, Donald Trump Comments (0) 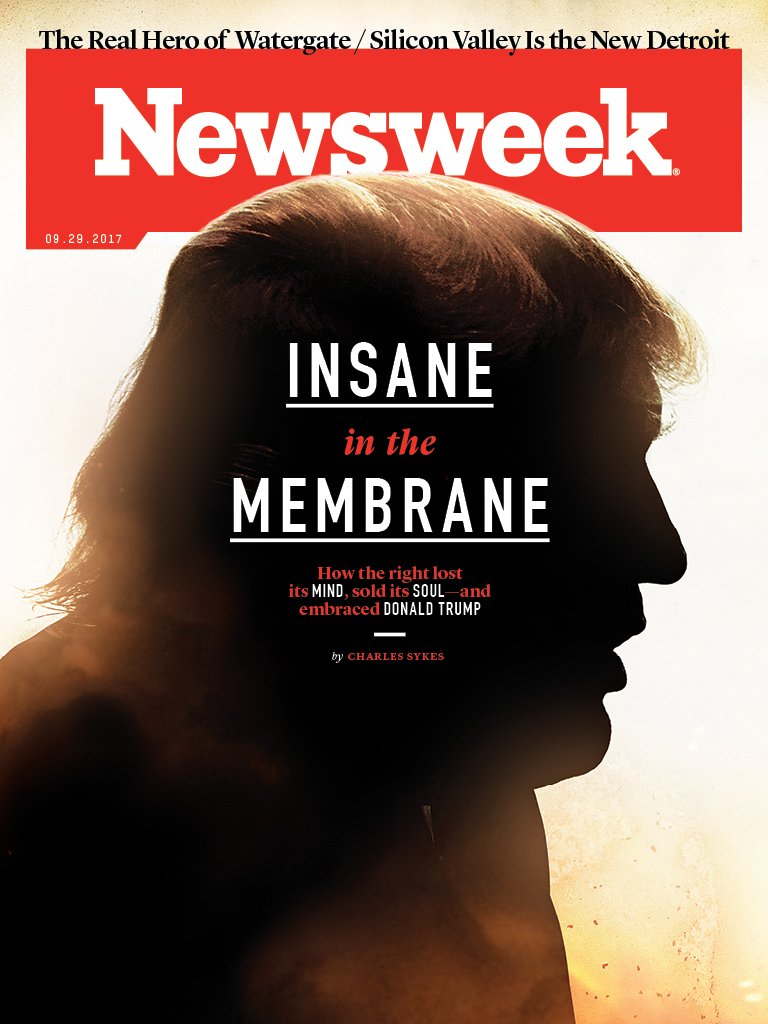 Dotard the Clown (Image via Newsweek)

Charles Sykes, for 25 years a huge part of the conservative movement, wrote this week's gutting cover story on Trump and the GOP for Newsweek. It's a doozy ...

During the 2016 election, conservatives turned on the principles that had once animated them. Somehow a movement based on real ideas—such as economic freedom and limited government—had devolved into a tribe that valued neither principle nor truth; luminaries such as Edmund Burke and William F. Buckley Jr. had been replaced by media clowns such as Ann Coulter and Milo Yiannopoulos. Icons such as Ronald Reagan—with his optimism and geniality—had been supplanted by the dark, erratic narcissism of Donald Trump. Gradualism, expertise and prudence—the values that once were taken for granted among conservatives—were replaced by polls and ratings spikes, as the right allowed liberal overreach in the Obama era to blind them to the crackpots and bigots in their midst.

Some have argued that the election was a binary choice, that Hillary Clinton had to be defeated by any means. I share many of their concerns about Clinton, but the price was ruinous. The right’s electoral victory has not wiped away its sins. It has magnified them, and the problems that were exposed during the 2016 campaign haven’t disappeared. Success does not necessarily imply virtue or sanity. Kings can be both mad and bad, and the courtiers are usually loath to point out the obvious—just look at Caligula or Kim Jong Un.

Donald Trump is the president we deserve.

It's a great piece, and so, so sad. It feels like reading your own obituary, because even though it condemns the right, it's clear the right has brought us all down.