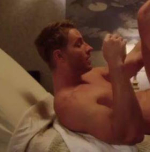 Justin Hartley is shown off to great advantage in the trailer for A Bad Moms Christmas, in which he appears to be getting a sack-and-crack wax from co-star Kathryn Hahn.

I didn't see the first movie, but this one appears to have piqued my curiosity.

Keep reading for Justin at his most exposed, plus more hot links of the day: The mad pooper of Colorado, the late George Michael's last known work and more ... 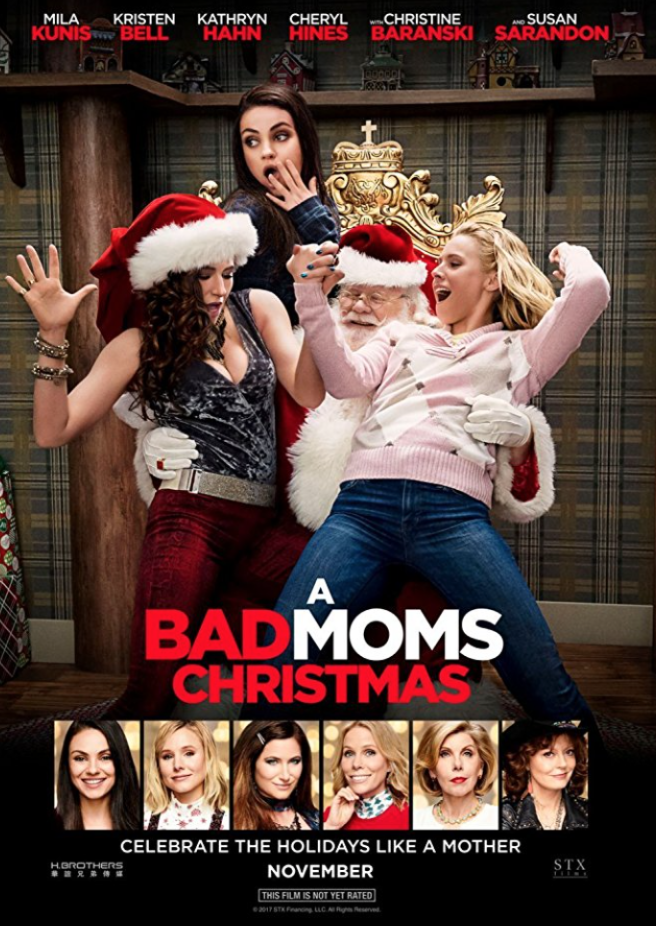 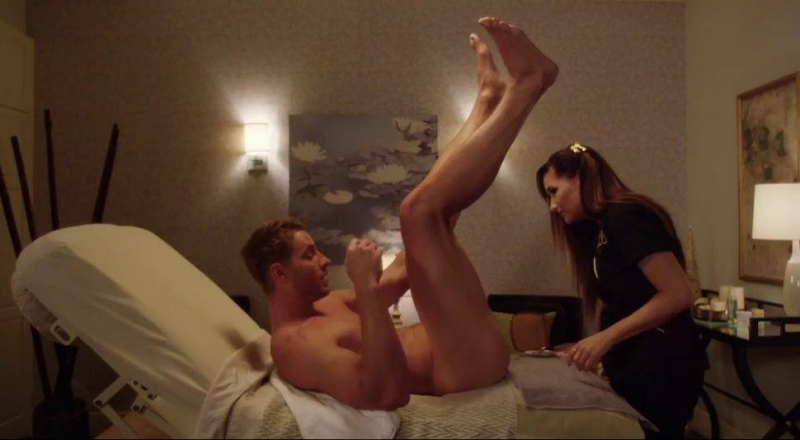 It only hurts the first time, bruh. (Image via STX)

Favorite Hunks (Work Unfriendly): Justin Hartley is definitely a major lure when it comes to my possibly seeing A Bad Moms Christmas. Susan Sarandon is not.

CNN: Non-binary student Scout Schultz was shot dead by Georgia Tech police officers following a terse confrontation. Officers were called out to investigate an armed person, who turned out to be Schultz, who was in possession of a utility tool that would have had a small blade. The victim appears to have been mentally disturbed, asking to be shot, but why are offiers with guns so quick to shoot to kill in situations like this? Scout Schultz posed very little threat. Rather shoot someone dead than risk a pen-knife cut? How is it that extremely dangerous, armed (with guns) suspects are so frequently taken alive? 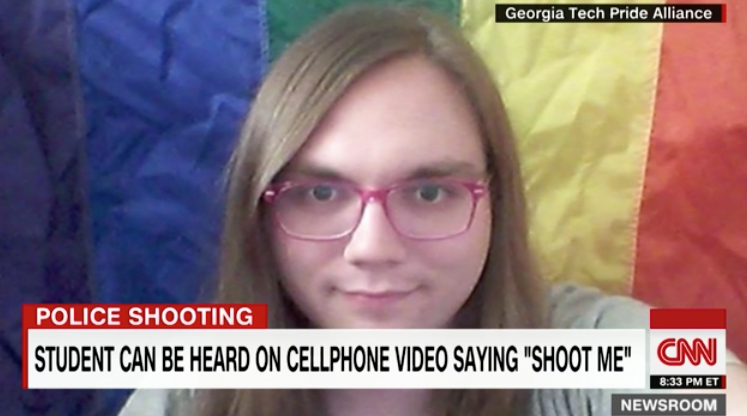 BBC: Immigrant advocates shouting down Nancy Pelosi are protesting themselves and those they're fighting for right out of the country. Bye! Have some sense in your head as to who is fighting for you. Pelosi is not your fucking enemy for doing her job on your behalf. Young radicals are hell-bent on causing maximum damage because nothing is good enough for them. So, so short-sighted and so ignorant of how politics works. She tricked Trump and made him look a fool on their behalf, and yet merely talking to him was enough for her to flop their purity test. Nobody is on board with making all 11 million undocumented immigrants in this country legal — it will never happen. We can't even get Trump to guarantee 800,000 who've never known any other country can stay!

Crime Watch Daily: The other night, I was at a movie. An unkempt older man plopped down next to me bearing two large, well-worn department-store-style bags with handles. He then left them on his seat while he went to the bathroom (I was hoping they had no bombs), came back, removed a banana, ate it, and tossed the peel in one of the bags. I thought this and his lack of concern regarding his odor was pretty annoying behavior, but then I read this story about a woman who jogs in Colorado Springs and intentionally poops in people's front yards. She even brings paper towels to wipe. So I am reassessing what I think is annoying. Have you seen her? Check her out: BBC: This woman is 111 years old, and chalks it up to whiskey. (I'm going to go with pure luck.) Not sure what kept Violet Moss going, but the resident of Jamaica — who had been the planet's oldest-living human being — died this week at 117. Earlier this year, Emma Morano, the last human being known to have been born in the 1800s (1899) also passed away.

Showtime: George Michael conveniently — and sadly — narrated a documentary about his life and career, Showtime's George Michael: Freedom, immediately before his untimely death in 2016. Showtime is now unveiling the trailer for the work, which debuts October 21: