HHS Secretuary Tom Price is the latest Trump hire to not work out — he has resigned a week after his obvious abuse of chartered and military flights came to light.

Price's joy rides are thought to have cost U.S. taxpayers about a million dollars ... 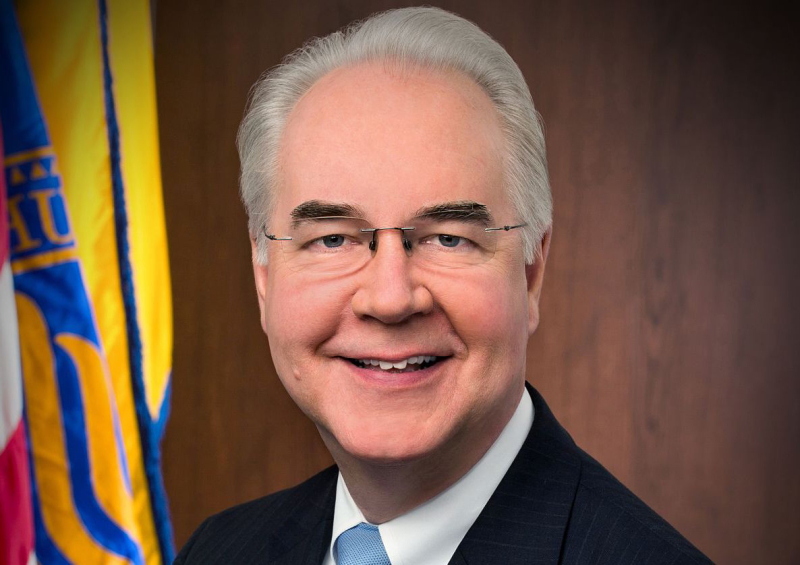 I also want to be reimbursed for this bitch's Photoshopping bills. (Image via head shot)

Politico first reported that Price had frequently chartered private jets to travel around the country, breaking a long-standing precedent from his predecessors who often flew commercial. The outlet identified dozens of private flights, costing more than $400,000 since May. Just days later, Politico also reported that Price had flown to Africa, Europe and Asia this spring on military aircraft at a cost of more than $500,000.

Price’s wife, Betty, traveled with him on the military plane while other people in his delegation flew commercial, according to the latest report. A HHS spokeswoman said Price had reimbursed the agency for his wife’s travel.

Price tried to quell the firestorm over his travels at the end of September, saying he would stop flying private pending a formal review of his travel by the HHS inspector general.

He also pledged to reimburse the government for the cost of his seat on all of the chartered flights. He said he would write a check for nearly $52,000, noting taxpayers “won’t pay a dime for my seat on those planes.” However, those claims came under fire after they seemed to imply that Price wouldn’t reimburse taxpayers for the total costs of the flights, which included charges for fuel, taxes and additional fees.

The White House said in a statement:

Secretary of Health and Human Services Thomas Price offered his resignation earlier today and the President accepted.  The President intends to designate Don J. Wright of Virginia to serve as Acting Secretary, effective at 11:59 p.m. on September 29, 2017.  Mr. Wright currently serves as the Deputy Assistant Secretary for Health and Director of the Office of Disease Prevention and Health Promotion.