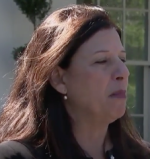 Duke is right that recovery for Puerto Rico will be slow, but she's wrong on everything else. The Trump Administration has not prioritize Puerto Rico because to Trump, the island's residents are just a bunch of Mexicans in a big, big ocean. You're either a liar or delusional if you think Trump cares about anyone, let alone about people he probably does not view as Americans.