Former Oklahoma State Sen. Ralph Shortey is in trouble for soliciting sex from a shorty.

The family-values Republican is accused of taking a 17-year-old male to a hotel room for some pot smoking and “sexual stuff.”

As dicey as that sounds, things went downhill once the marijuana smell attracted the attention of cops ... 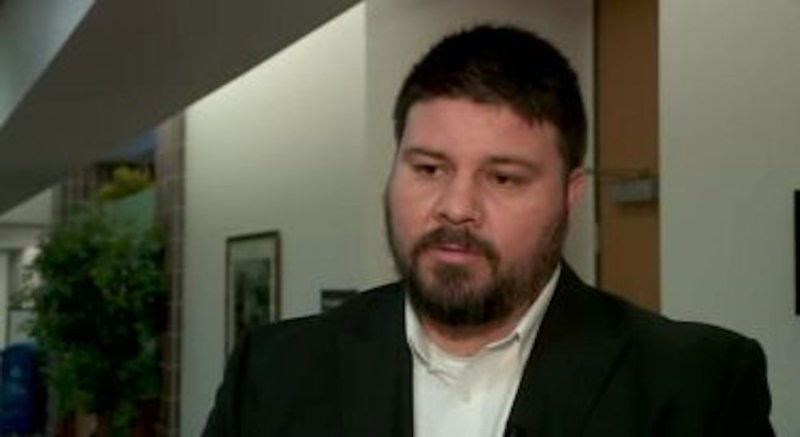 Crime Watch Daily: Republican State Sen. Ralph Shortey — who resigned shortly after being caught in a motel room with a 17-year-old he'd met on Craigslist the previous year — has been charged with two counts of transportation of child pornography, production of child pornography and child sex trafficking. The porn charges are apparently the result of his using devices to send sexually explicit video of prepubescent children, the sex trafficking relates to the incident in the motel (the age of consent in Oklahoma is 16, but anything under 18 is considered child prostitution). The next time a Republican whines about Democrats and gay people, remind them of this case or any of the other countless ones just like it.

News.com.au: In Australia, ahead of a historic (but non-binding) vote by the general populace seeking advice on whether the government should legalize same-sex marriage, a Greek Orthodox priest allegedly screamed at his parishioners that being gay is sinful, that gays should be shot and that they should vote against marriage equality. Charmingly, he did this at a memorial for a woman who had killed herself over her own sexual confusion.

ExtraTV: Pro surfer Zander Venezia told a friend he'd just caught the best wave of his life while surfing the Irma-stoked waves off his native Barbados — then he was slammed into a shallow reef, knocked unconscious and drowned.

L.A. Times: “Look What You Made Me Do” music video director Joseph Kahn — who has worked with Beyoncé and was accused of helming Taylor Swift's ripping off of Beyoncé's “Formation” visuals — ludicrously states that actually it was Beyoncé who ripped off Taylor! Blood in the water.

Gr8erDays: If you're a fan of classic TV — the good kind, not the so-bad-we-love-it kind — you'll be happy to hear that in honor of its 50th anniversary, The Carol Burnett Show will be given a reunion special on CBS in December.