A 17-year-old trans girl living in Mississippi was chased down and murdered by her 27-year-old boyfriend — but why?

Mercedes Williamson is yet another trans person to face a grim end, including mutilation.

A full report on this shocking crime, plus other hot links of the day — an amazing auction for AIDS, the return of Will & Grace and more ... 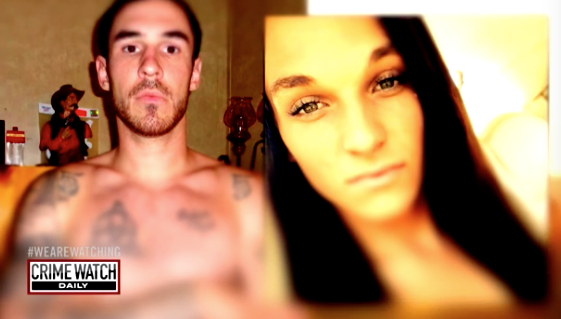 There was no facial recognition at all — Mercedes' head was utterly destroyed. (Video still via Crime Watch Daily)

Crime Watch Daily: Surprise, surprise, Mercedes Williamson's alleged murderer is claiming he did not know she was trans, the implication being that trans people deserve to be murdered because there is nothing worse that finding a penis where you don't expect it. (And the comments on the recent Queerty article about Willam's gross anti-trans comments should be all the proof you need that gay men are not very open-minded on this topic.)

Tumblr: Who doesn't want to watch Ross Lynch singing in his underpants? Not me:

Kenneth in the (212): I loved the return of Will & Grace. It felt like a return to form for a series that ended on a sour note, the cast looked great, the timing was impeccable and I actually felt the political stuff was deftly done in a Norman Lear/Maude vein, in that while they were zapping Trump, they were also poking fun at their own hypocrisies. Kenneth seems to have liked it, and it was a big ratings-grabber. I hope gay people who don't like its tone will back off on trashing it as if it's the enemy — it's not. It's Howard Hawks in 2017 (as it was Howard Hawks in the '90s back in the '90s), or Moonlighting, so if that style isn't your cup of tea, no shade needed.

Paddle 8: If you like the idea of owning this fab Norman Seeff snap of Debbie Harry, or the below Paul Zone shot of Lance Loud, here's your chance to unclutter your wallet and help benefit PHOTO17: The AIDS Monument.

Deadline: Olivia de Havilland's lawsuit over Feud? Yeah, it's moving forward. Ryan Murphy must be hoping he can run the clock out on her! Meanwhile, she's probably calming applying for 30-year mortgages.

Olivia finds those who double-cross her so, so dear.