An Affair To Remember: A Review Of CALL ME BY YOUR NAME — Plus, Q&A With The Stars & Director Comments (0) 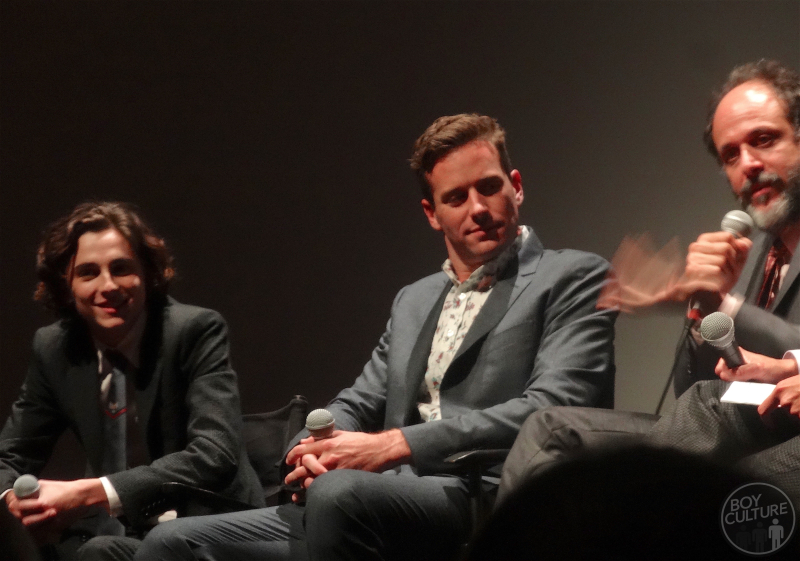 I attended the NYFF U.S. premiere of the highly anticipated film Call Me by Your Name (from the novel by André Aciman) Tuesday night.

Keep reading for some great snippets from the Q&A, plus a full review of the gay film of the year ...

Call Me by Your Name, directed and produced by Luca Guadagnino, is a story of sexual awakening centering on 17-year-old Elio (Timothée Chalamet), the son of Jewish intellectuals (Michael Stuhlbarg Amira Casar) living and working in Italy. 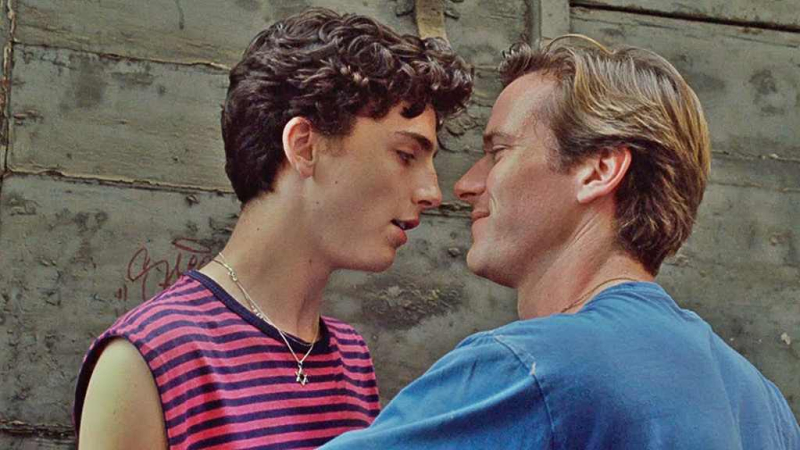 My high school vacations were to Cleveland and stuff. (Image via Sony Pictures Classics)

When a summer intern arrives, 24-year-old American adonis Oliver (Armie Hammer, who was actually 30 at the time of filming), he and Elio develop a sexually charged friendship that progresses into a passionate love affair, one that seems destined to be a romantic highlight of each man's life.

The film is a masterpiece, as has been asserted elsewhere.

James Ivory (yes, of all the Merchant-Ivory films, most appropriately 1987's Maurice, the aching yearning of which is echoed here) adapts the novel brilliantly, changing it from a first-person remembrance into an of-the-moment period piece that sacrifices none of the novel's emotion while honing in on the essential elements of a story that reinvigorates the well-worn coming-of-age genre.

From the start, Guadagnino captures the scene beautifully, sketching a teenager's lolling life in Italy in a time that was, as Guadagnino described in the Q&A, sort of a final period of international innocence. This was aided by moving the novel's action from 1988 back to 1983, which also removed the widespread knowledge of AIDS, allowing the characters' approach to each other to be purely about their approach to social constructs and to their own fluid sexualities. (Both men show lots of interest in girls, as well as in each other.)

The '80s setting is evoked intelligently and subtly, with superb vintage music choices (and timeless new contributions from Sufjan Stevens), including an aggressive use of “Love My Way” by the Psychedelic Furs (1982) that pays off, and that results in adorable sequences of Armie Hammer doing some seriously '80s dance moves.

The film is undeniably sexy, and manages, I think, to depict the sexual relationship in such a way that almost never considers how taboo some audiences in 2017 might find it that a man in his twenties would take the virginity of a boy who is 17. In spite of the fact that 16 and 17 are the most common ages of consent in the U.S., there seems to be a hysteria about age spreads of this nature these days, but the film doesn't bump up against that intentionally. This is not to say Guadagnino sterilizes things — on the contrary, his camera fetishizes Elio by keeping him shirtless and peeking up his shorts, and Oliver by allowing a casual flash of his scrotum and lingering on a conveniently placed scrape from a bicycle mishap. The movie is tasteful, but it has a libido — just like its erotically aligned main characters. Its eroticism, though, does not focus on Elio's age so much as on the characters' natural attraction for each other.

Speaking of which, the climax of Elio and Oliver's affair is wildly sensual, like so many scenes in this artfully observed film, a highlight likely to tug at your memory like a real-life lost love for some time to come.

Chalamet is a revelation. For the final scene alone, he deserves every award there is. He makes Elio a gay hero who stands head and shoulders above many other gay depictions on film. Hammer is a suitably dreamy first love; he injects a perverse humor into the character, whose blank gestures are eventually revealed to be instead opaque, more expertly hiding the same feelings Elio is struggling to play down.

Finally, Stuhlbarg is remarkably fine as an unorthodox father, delivering a speech late in the film that all by itself would have made the film required viewing for LGBTQ audiences — had the rest of the film's content not already done so.