Crying To Your Soul: A Review Of BPM (BEATS PER MINUTE) Comments (0)

I caught France's submission for this year's Best Foreign Language Oscar, BPM (Beats Per Minute), and found it to be a sneakily emotional film, one that begins as a fairly dry protest procedural but gradually becomes a deeply moving look at an all-too-short love affair ended by AIDS.

Keep reading for a full review and pics from one of the film's NYC preview screenings ... Directed by longtime AIDS activist Robin Campillo, BPM is both the story of ACT UP Paris in the early '90s and the love story of Sean (Nahuel Pérez Biscayart) and Nathan (Arnaud Valois). Sean is a brash, outspoken young man in his mid-twenties who became HIV positive the very first time he had sex, with a bisexual married man, while Nathan is a negative ally, one who finds himself initially adrift in a group of highly knowledgable, ready-to-fight group of hardcore activists. 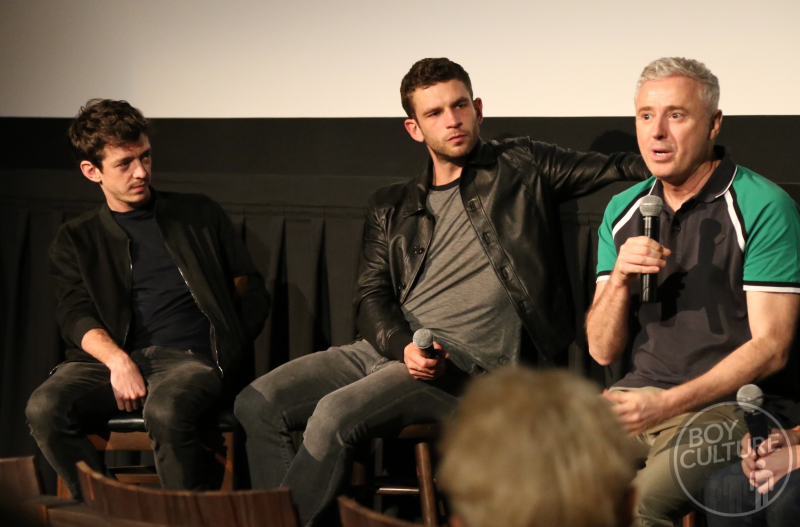 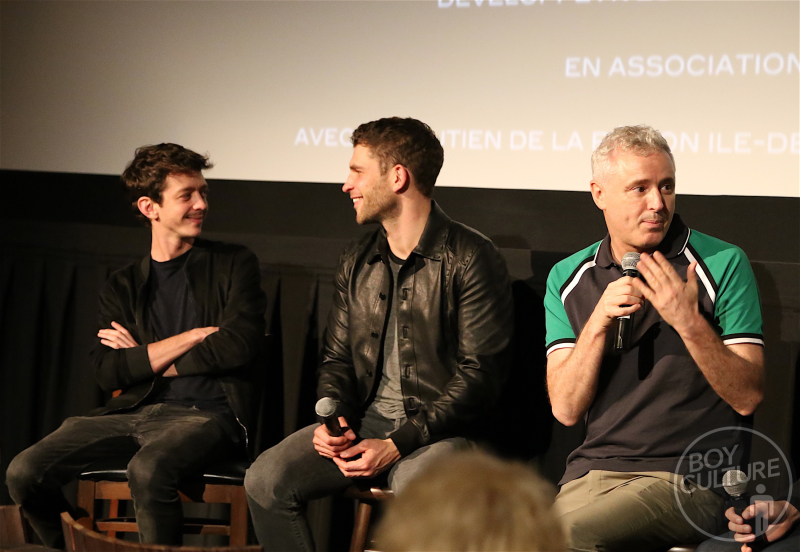 The Q&A after revealed the director had 150 hours of footage.

For a long while, the film's main focus is ACT UP, and as such captures the urgency and anger — and libido — of the young, fiery group. Hilariously, it documents the group's earnest mistakes as well, such as when a bad-ass protest inside a pharmaceutical company is clipped when they simply get off on the wrong floor of the office building. 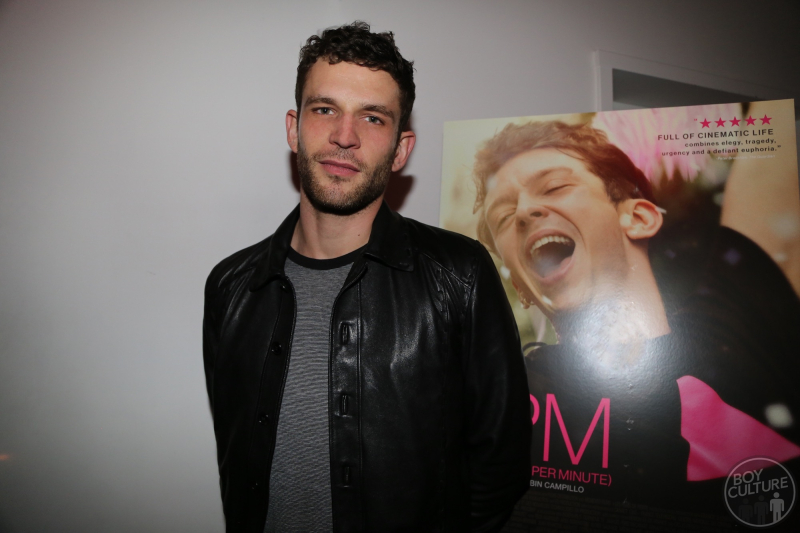 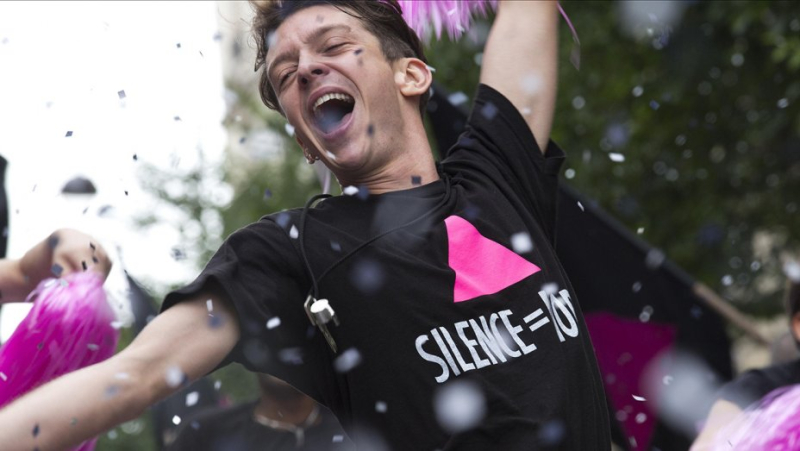 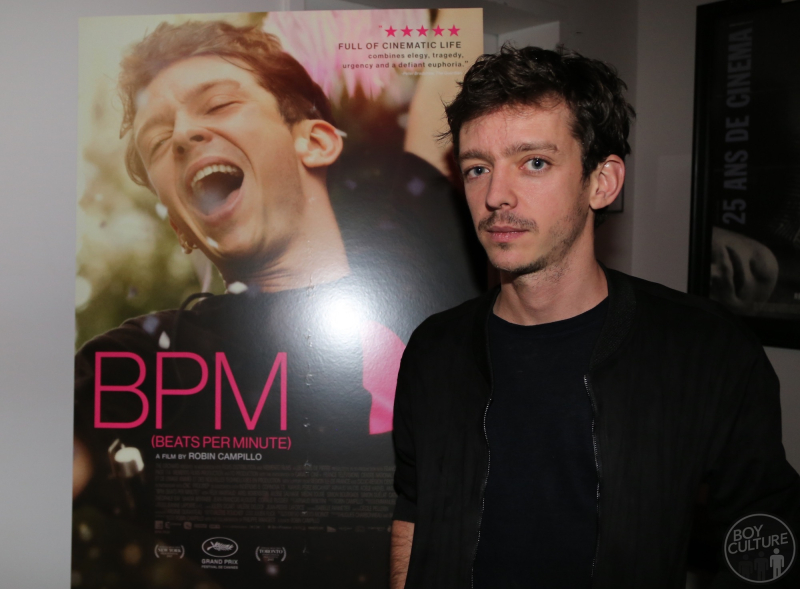 Valois (top) had quit acting prior to this role. Biscayart thanked me for bringing a 19-year-old.

As the film continues to document the group's mission, its successes and its infighting, a hot romance develops between Sean and Nathan, one that summons passion even as Sean deals with the debilitating effects of being POZ when treatment was spotty.

The film's most overtly artful flourish is its continual return to scenes of the activists and others dancing with abandon in a nightclub, the lighting revealing specks of dust floating in the atmosphere. Sometimes, the dust transforms into molecules, underscoring the capricious nature of infection. Other times, the dust is dust. That we are dust waiting to return to dust is poignantly captured by this device, which also calls to mind the flip-side world in Stranger Things. And what better way to describe the out-of-nowhere insanity that was gay life during the onset of AIDS than as an alternate reality where a monster lived and ruled?

Listen, too, for a superb use of Bronski Beat's signature tune. 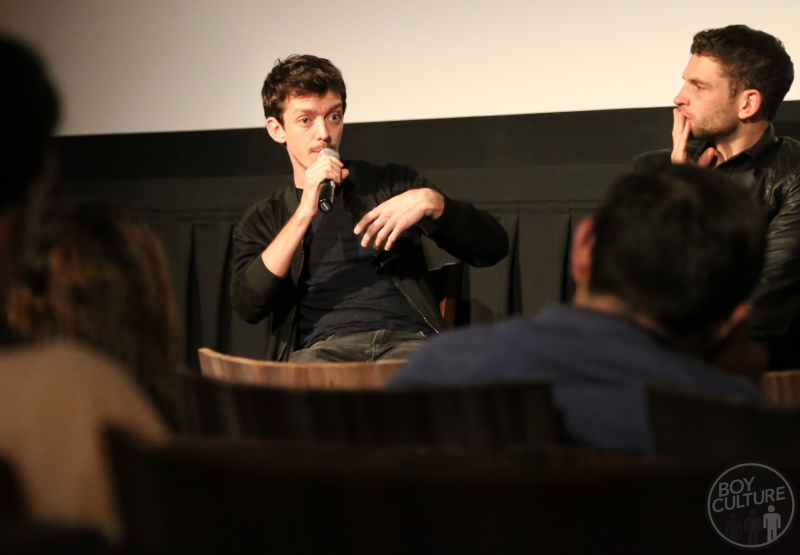 Biscayart said he sensed the director saw something in him he didn't see in himself.

At the Q&A, director Campillo pointed out the film is sort of like a river that continually narrows, which is exactly right — the men, who have been trying to outrun AIDS, wind up trapped, the setting far more intimate than the open-air committee meetings where they fell in love.

Along the way, the lead actors give intensely vulnerable, sexy and raw performances. In particular, Biscayart embodies a flawed hero in the fight against AIDS, a figure the young gay men of today might not remember needed to exist. Watching him defiantly doing what he believes is right — and watching him lose hope — is uplifting and ultimately so terribly real, and so sad.

The film is a real accomplishment, a very French (no American would make this — have you seen Stonewall?) and very docu-style monument to an era that has passed, and that we all hope never returns. If it does, will we have Sean and Nathan's strength of character?

BPM (Beats Per Minute) is in select theaters from October 17.