Drawn That Way: A Review Of The Film TOM OF FINLAND Comments (0) 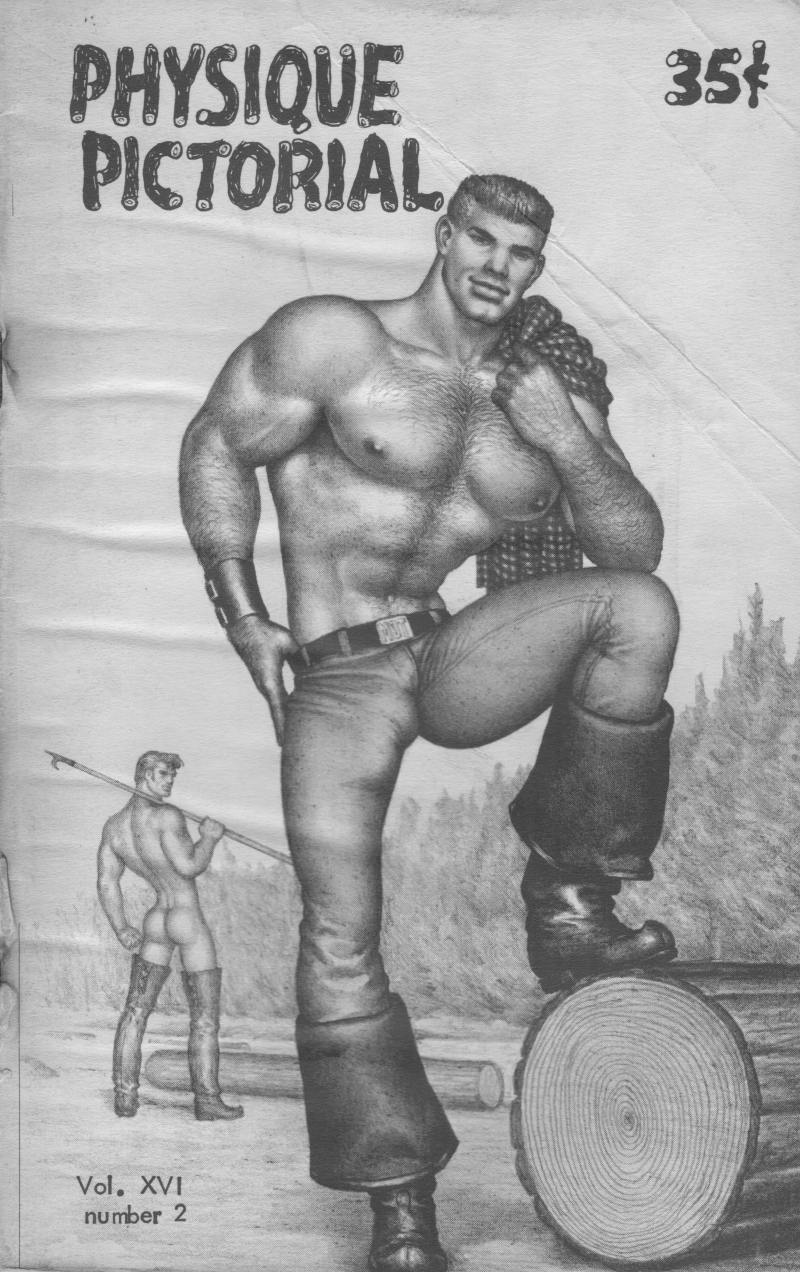 I'm a fan of the art of Touko Laaksonen, so the new film Tom of Finland — his professional name as an erotic-art illustrator — was so far up my alley it was practically parked in my garage ...

Laaksonen was born in Finland and served in WWII, going on to become a successful ad man thanks to his skill with the pencil. Inspired by mental images of laborers and even by the tight uniforms of the Nazis (with whom he did not sympathize politically), he drew unflinching scenes of muscular macho men engaged in sexual abandon, or merely showing off their assets, dripping with libidinous tension.

He kept his drawings under wraps, learning the hard way (having them stolen, being arrested, facing condemnation) that what he saw as natural was a cause for great alarm in his neck of the woods, and, in fact, most everywhere.

In this new biopic— which has been called Finland's first on gay male love — the story of Touko (played with superb empathy by Pekka Strang) is fleshed out in a compelling, visually stylish and achingly emotional way by acclaimed director Dome Karukoski. 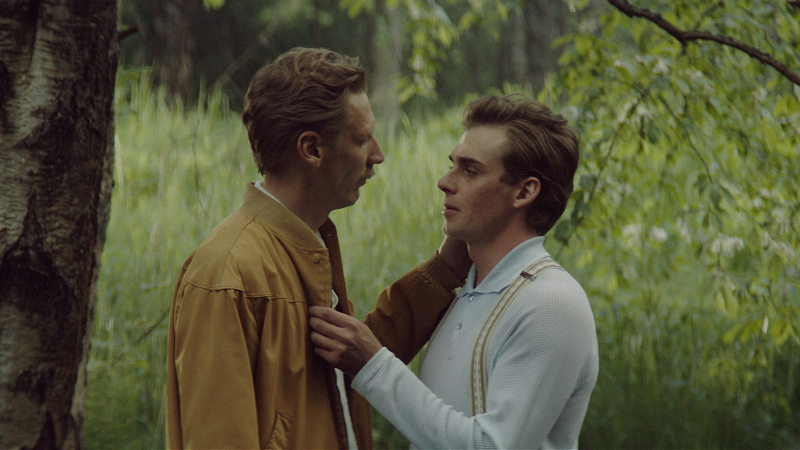 Touko & Nipa — a love story (This and all other images via Protagonist Pictures, unless noted)

Tom of Finland beautifully illustrates Touko's gay awakening, captures the excitement and danger of his sexual trysts and flawlessly conveys the non-monogamous love he finds with a stunning young partner, Nipa (Lauri Tilkanen, who looks like the Garrett Clayton of Finland). Finagling a romance with Nipa aka Veli, also the object of Tom's spinster sister's (Jessica Grabowsky) affection, is portrayed adroitly.

In the '50s, inspired by a mentor's tragic arrest and defeat (he has decided to allow an even more archaic 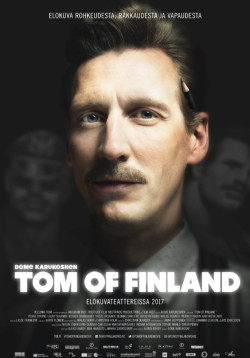 The scenes in California are wildly different from those taking place in Finland, as one of Tom's biggest fans, Doug (Seumas F. Sargent, apparently standing in for Touko's real-life business partner Durk Dehner) and his lover, Jack (Jakob Oftebro), persuade Touko to come to the West Coast of the U.S. in the swingin' '70s, where he 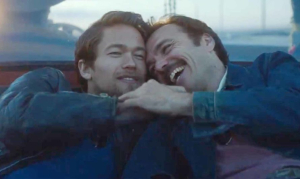 The film's handling of the transformative power of art, even “dick drawings,” as Touko's sister calls the work that is so repugnant to her, is its greatest gift to the viewer, and the point is hammered home by a flesh-and-blood haunting by Tom of Finland's most famous creation, his leather daddy Kake (Niklas Hogner), who appears in key moments just when Touko needs him the most. 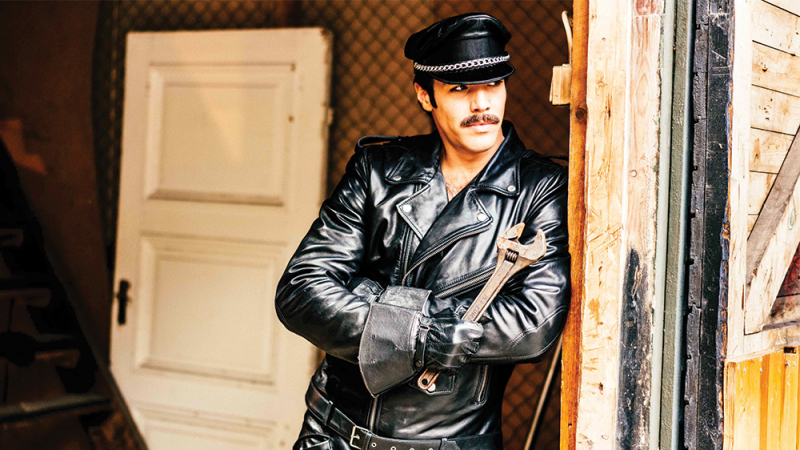 Are you a Kake hound?

Who knew you could cry at a scene taking place on the stage at International Mr. Leather? But leather isn't just leather, sex is more than sex, and a drawing can make manifest a thousand dreams.

Tom of Finland opens at NYC's Quad this Friday, October 13, and in L.A. and San Francisco one week later. A national release will follow for the film, which is Finland's official entry for Best Foreign Language Film at this year's Oscars.