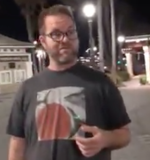 Tiffany Steinberg and her girlfriend Jessica Lundquist were hanging out in the O.C. when a random dude approached them and began telling them that they're going to burn in hell for being gay.

The man, who falsely claimed he is a criminal defense attorney and was well-acquainted with his right to follow strangers on the street telling them they're abnormal and going to burn for all eternity, invoked Trump's name while doing it ... 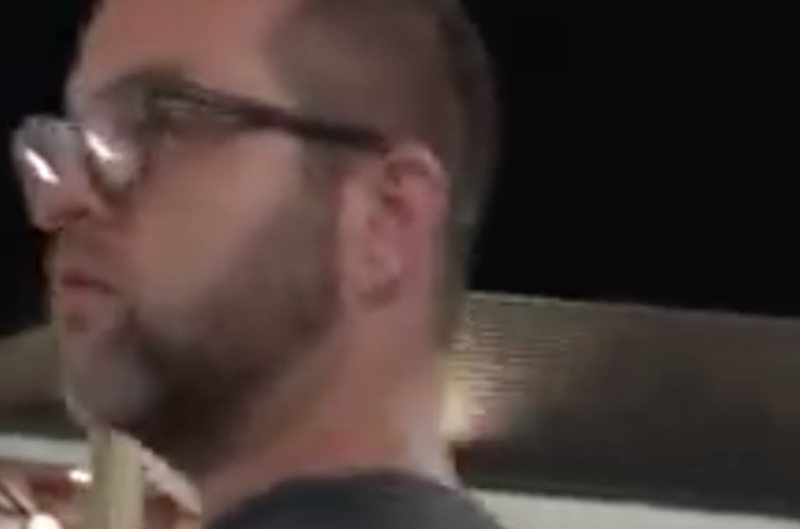 The man, who appears to be Anthony Miskulin, has posted (in 2014) publicly that he's been through ex-gay therapy. So yeah, the Trump bro from the O.C. could be a faggot who don't wanna be, if that is the same person.

Regardless, he's all over the Internet saying that while he supports Trump, he isn't a bigot. 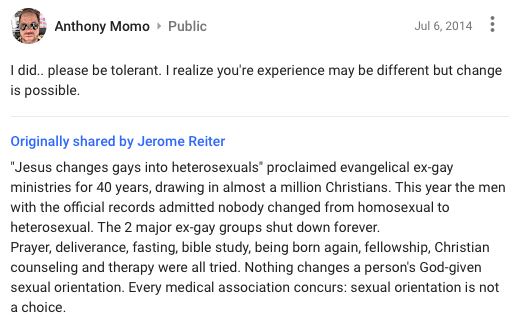