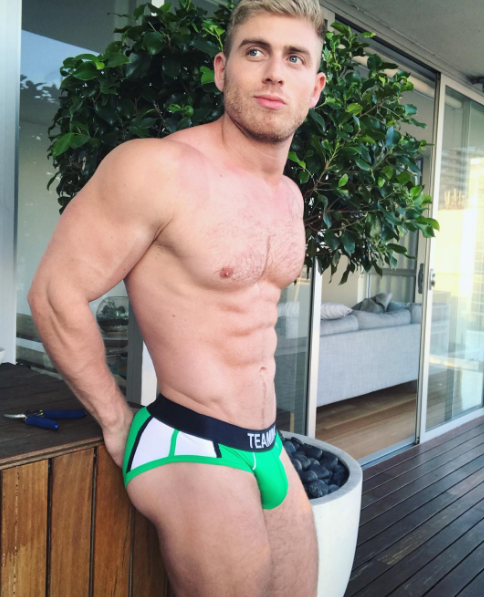 Kicking off the links of the day is this so-called twunk who detests clothing. Keep reading for a supersized Mariah Carey tribute, Hillary coming for Trump on LGBTQ rights and Colton Haynes's lavish wedding weekend ...

Kenneth in the (212); This guy puts his Speedo through the wringer — and that tiny piece of fabric barely wins.

DListed: I love this Mariah Carey look! (The blogger's face is a dead ringer for her.)

Politico: Hillary Clinton, the POTUS we deserved too time out from being hammered by Trump in an effort to distract in order to slam him back for his anti-LGBTQ moves.

ExtraTV: Colton Haynes and Jeff Leatham tied the night in a lavish ceremony — these boys don't seem to like to do things  the low-key way! The proposal included a video message from Cher and other stars, plus a skyful of fireworks. Oh, and when they got hitched, it was officiated by Kris Jenner. No biggie.

Huff Post: Fox News and all of Rupert Murdoch's besties are laying the groundwork for Trump to fire Mueller — at this late date, it would be the ballsiest example of obstruction of justice, at the highest level, ever.

Gr8erDays: Happy 69th birthday weekend to Telma Hopkins! She's been in so many things, starting with Tony Orlando & Dawn. Love her.