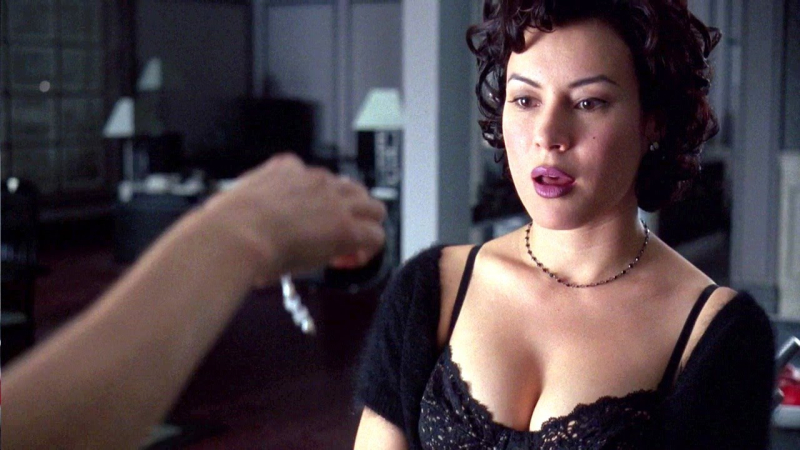 Jennifer Tilly, so amazing in Bound (1996), chats about the movie — and what she claims was a Warner Bros. rejection of it based on gay content — with PrideSource ...

Chris Azzopardi spoke with Tilly, who said Warner Bros. was skittish about Bound, a movie whose leads are lesbians:

I'm always really happy when people come up to me and they say — a lot of women say, “That movie made me come out of the closet.” You know, originally the Wachowskis did Matrix at Warner Bros. and Warner Bros. said they would give them $15 or $20 million to make the movie, but they would have to make Corky a man. They said, “But Corky is a woman.”

That's what led to the film's unusual pedigree:

So, it's really kind of amazing. You would never think that Aaron Spelling and Dino De Laurentiis would get together to create one of the seminal films in gay and lesbian cinematic history, but they did it, like strange bedfellows.