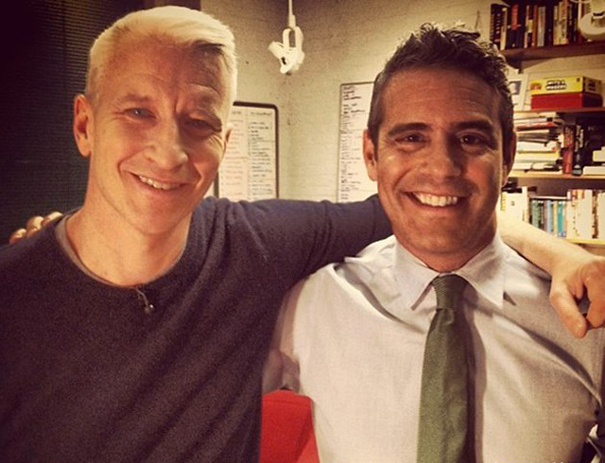 It's official — Kathy Griffin has been replaced as Anderson Cooper's New Year's Eve co-host on CNN.

The usurper of her position? Andy Cohen, Anderson's bestie.

It's a match we already know is made in heaven, but kinda sad that Andy would take Kathy's gig. Still, Kathy moved in on Joan Rivers' gig, so I guess we should just accept that someone was gonna get that job ...

“Andy is the life of the party wherever he goes, and what bigger party is there than New Year’s Eve?” Cooper enthused in a statement. “It is going to be a blast!” Added Cohen: “I’ve been friends with Anderson for 25 years. We’ve traveled the world together and performed in 30-plus cities with AC2 and it’s all led to this one huge night!”