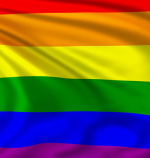 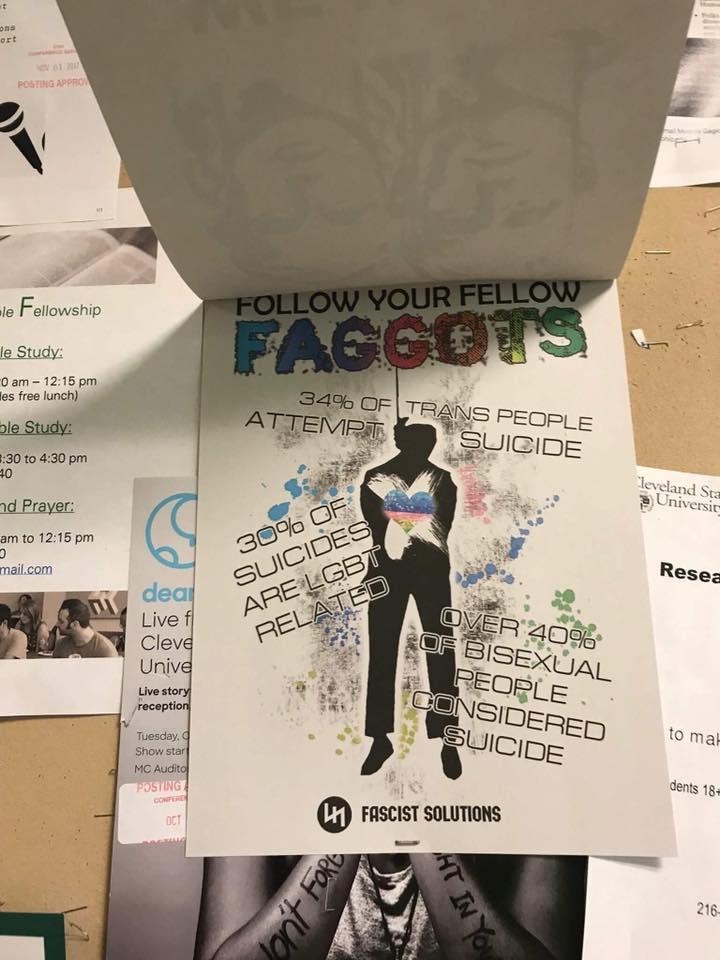 NBC News: Cleveland State University was recently the site of a slew of flyers on campus bulletin boards announcing the suicide rates of LGBTQ people — and encouraging other LGBTQ people to, “FOLLOW YOUR FELLOW FAGGOTS.” It is unknown who posted the very elaborately designed flyers, which were removed and which sparked a meeting between LGBTQ students and the VP of Student Affairs, as well as an open forum.

DListed: Find out how Fashion Police is turning off its siren forever.

Huff Post: Roy Moore, who could become the next U.S. senator from the not-so-great state of Alabama, took a $1K donation from a Nazi group in 2005. 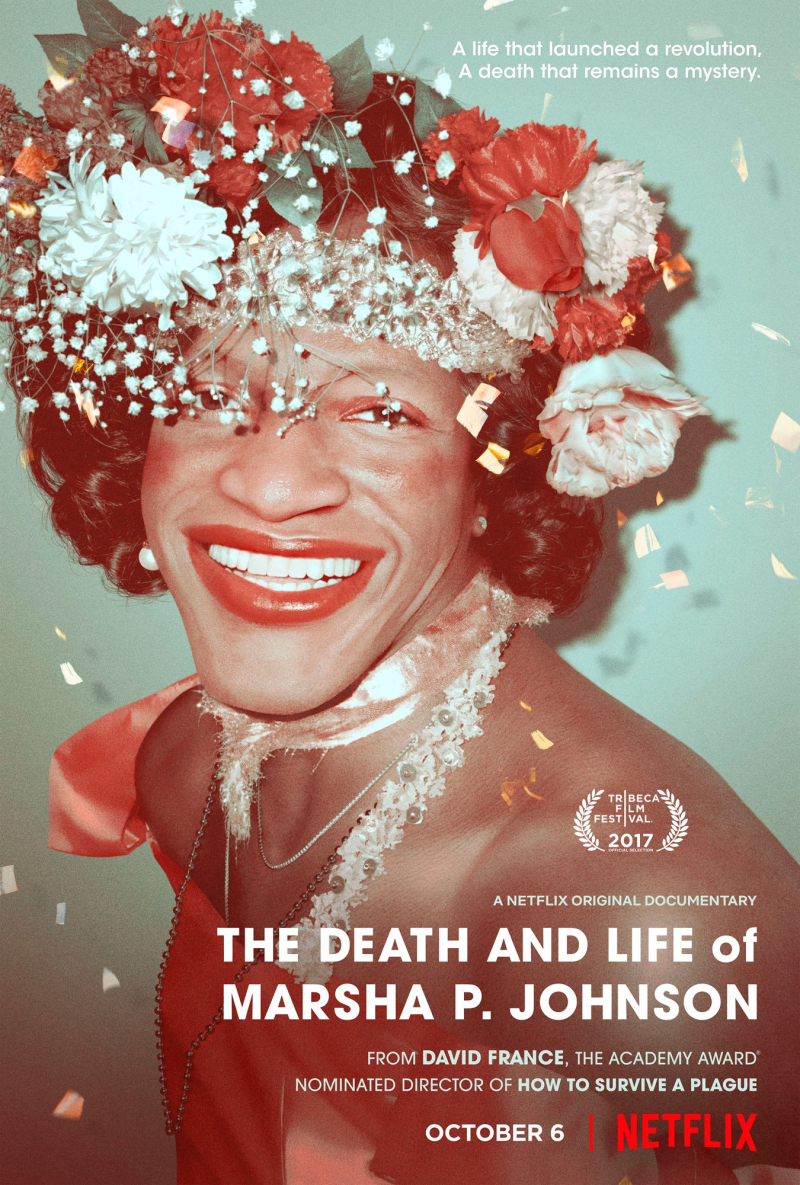 Jezebel: Rich Juzwiak turned in a typically mammoth, meticulously researched piece on the controversy over David France's doc The Death and Life of Marsha P. Johnson last week that I have neglected to link. The film received praise on the film fest circuit, was snapped up by Netflix (where it is currently playing) ... and landed right in the middle of a battle that threatens to pit cis white gay men vs. trans women of color, thanks to claims by TWOC filmmaker Reina Gossett that France in some way ripped off her own prospective film on Johnson. If you don't know who Johnson was, get on that stat. But regardless, dip into the controversy and see what you think about this extremely nasty he said/she said — and let me know what you thought of the doc if you catch it.

Meanwhile, here is an animated short by Gossett:

ExtraTV: Canadian singer Gord Downie, frontman for the Tragically Hip, loses battle with brain cancer. Thankfully, Mindy Cohn — who just revealed she was diagnosed with aggressive breast cancer five years ago — has survived her battle and is now cancer-free.