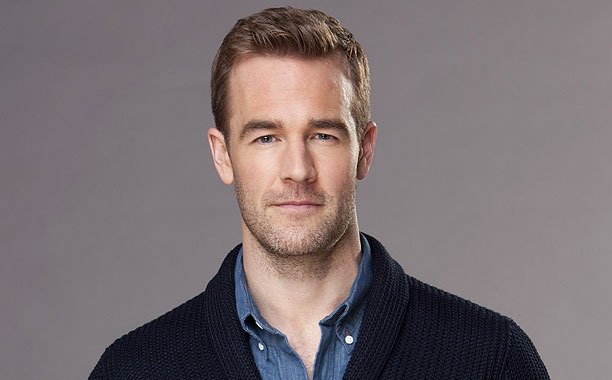 It should come as no surprise that the casting couch knows no gender, and that with so many powerful gay men, as well as straight men, in Hollywood, there are male victims of sexual harassment, coercion and rape, too.

Just this week, with A-list women coming forward to help bury Harvey Weinstein, three prominent men (so far) have shared their stories of being sexually harassed by men with power over them in the business ...

James Van Der Beek commented on the Weinstein scandal in a series of tweets in which he asserts he has had his ass grabbed and been subjected to inappropriate sexual conversations with Hollywood types when he was younger, presumably a reference to his stint on Dawson's Creek in his early twenties: 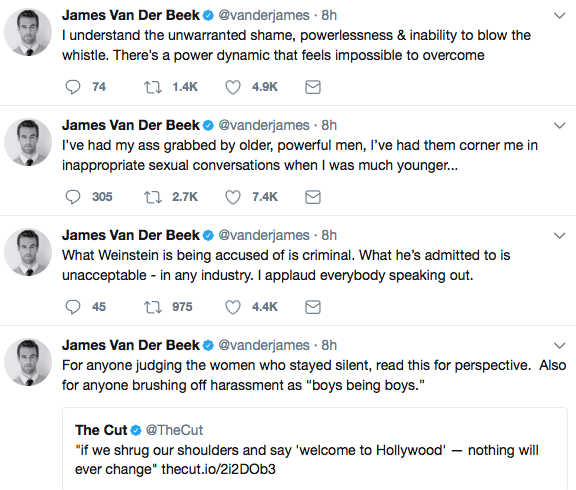 Wish he would have also talked about his sexual orientation — that helps people, too. 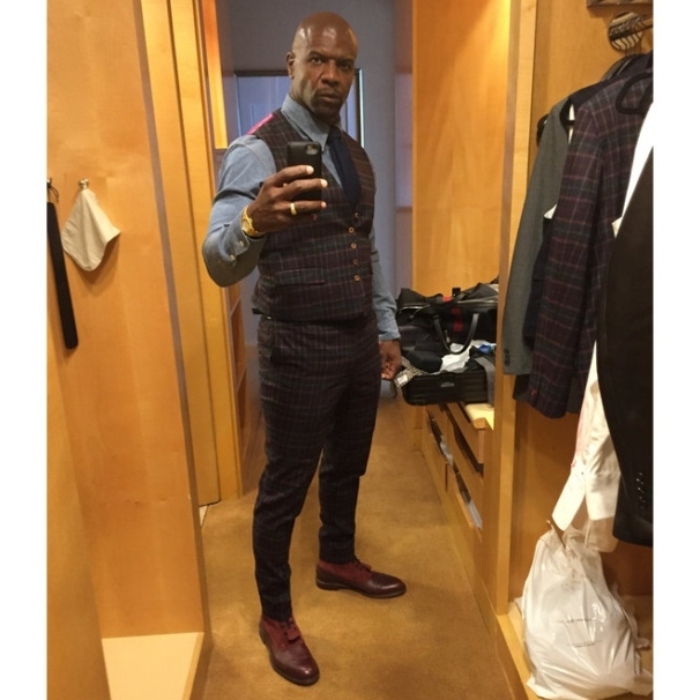 Terry Crews, an actor and former football player, recounted the time he had his privates groped at a party he was attending with his wife: 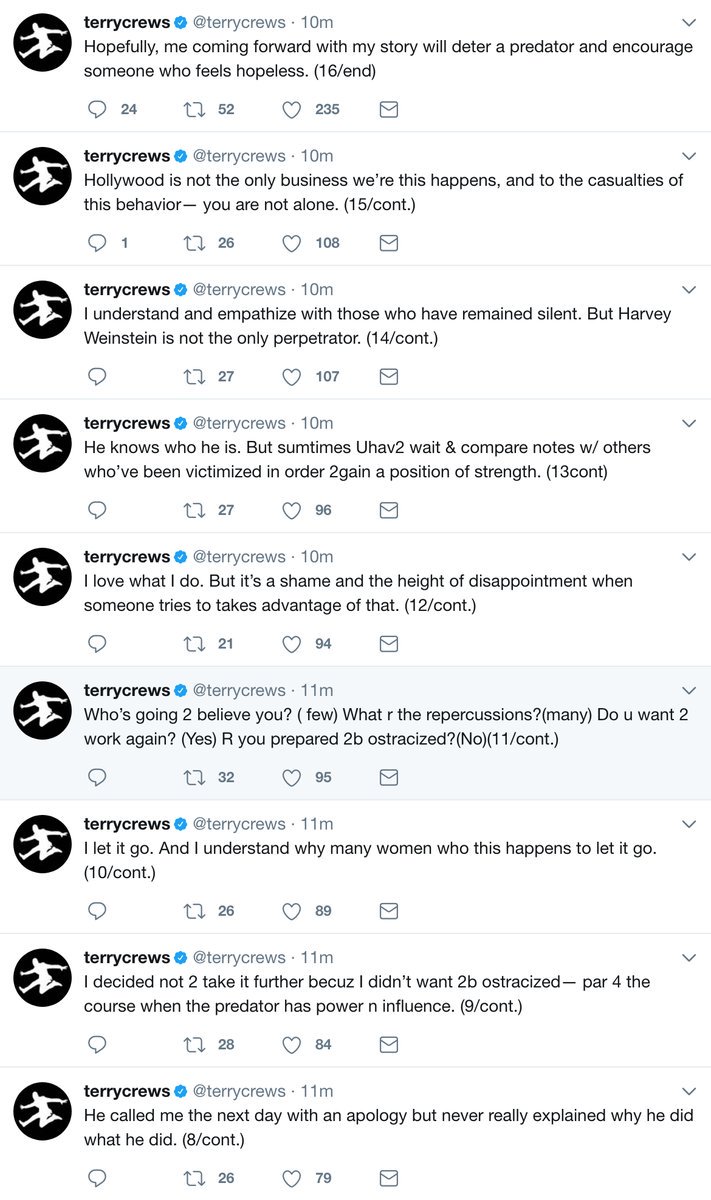 Also, Rob Schneider (an anti-vaxxer, blech) made some people laugh by coming forward as having been sexually harassed — but while he makes a living with humor, he wasn't kidding. 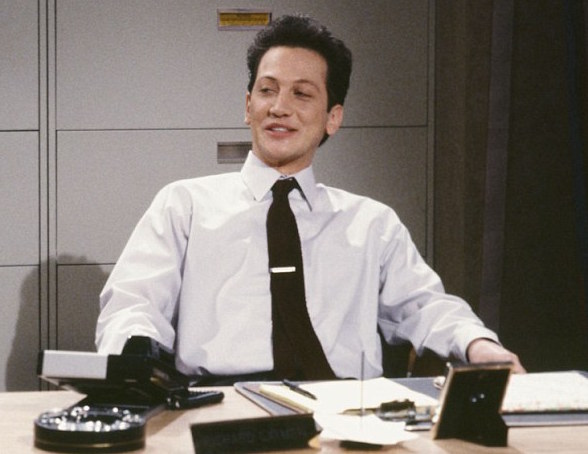 When I was a young actor, you know, there was a gross director and it happened to me. You know? I mean, I was in a hotel room and it was weird — I didn't think it was gonna be a weird situation, but it was a famous director. Before I was really famous. And the next thing I know, I'm in a room with this guy, he's in a chair, and, you know, he comes out in a bathrobe and sits in this chair and the next thing I know he's asking me to, like, crawl on the ground and then to crawl toward him and I just, like ... it was this disgusting feeling, I look over there, and this is a guy, he's very famous, he's passed away now, so I don't think it's fair I should say his name. He was a pig!

It feels like not so long ago that people spoke approvingly or with a wink about the casting couch, with stories about everyone from Marilyn Monroe to Clark Gable. Now, it seems we are shifting into territory where all of this stuff is going to be rejected, firmly.

And it all happened  because of The New York Times, which is always accused of favoring liberals. Hey, liberals and conservatives and the politically unaffiliated can all do piggish things. It's the great unifier, at least with men. 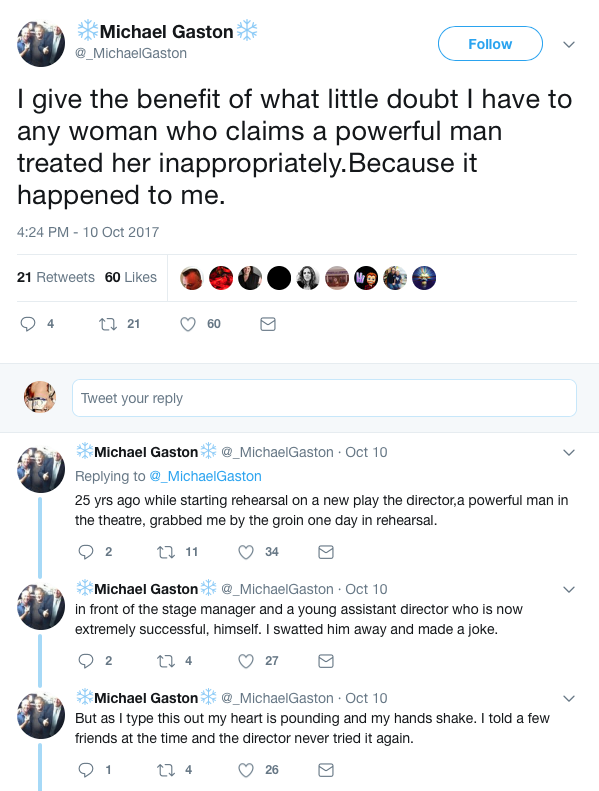