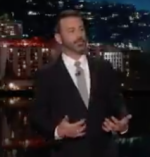 Jimmy Kimmel has really stepped up to become not only the best late-night host, but the most emotional guy and a national source of conscience in a very unlikely setting.

Could you imagine Johnny Carson going there? Times have changed.

Keep reading to watch Kimmel talk about the Vegas atrocity ... 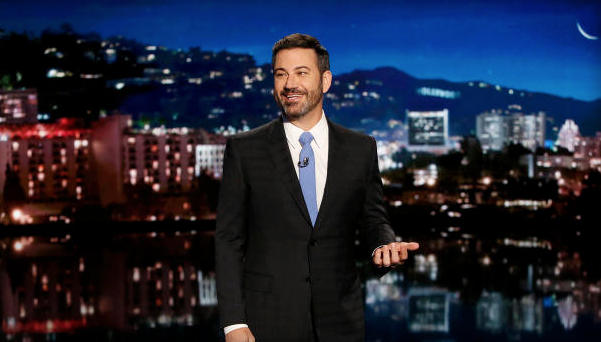 I think now is the time for political debate ... President Trump is visiting Las Vegas on Wednesday ... He said he's praying for those who lost their lives. You know, in February he also signed a bill that made it easier for people with severe mental illness to buy guns legally. The Senate Majority Leader Mitch McConnell, Speaker of the House Paul Ryan, a number of other lawmakers who won't do anything about this because the NRA has their balls in a money clip also sent their thoughts and their  prayers today, which is good — they should be praying, they should be praying for God to forgive them for letting the gun lobby run this country.

There is more we can do, and we need to do it. Love to my hometown. #VegasStrong pic.twitter.com/eOQPUCYziY