Kathy Griffin took ex-friend Anderson Cooper to task for his disloyalty during SeveredHeadGate in her first major appearance since the scandal.

She did it by reading a letter to Cooper sent to her by a gay fan. 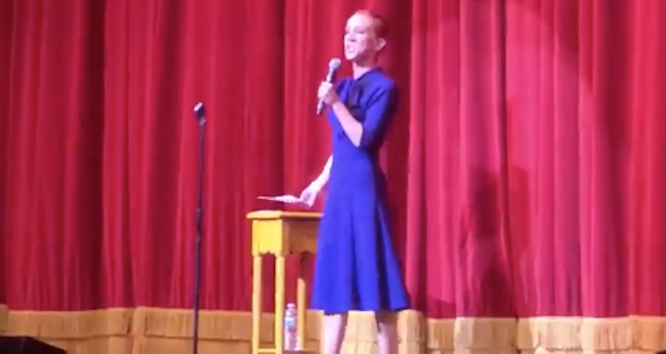 How'd I miss this a few days ago?!

The letter Kathy reads goes a li'l somethin' like this:

“I’m going to leave you with a cup of gay tea...and it involves @andersoncooper.” @kathygriffin reads letter they both received. ☕️ pic.twitter.com/VxqETeiKXO